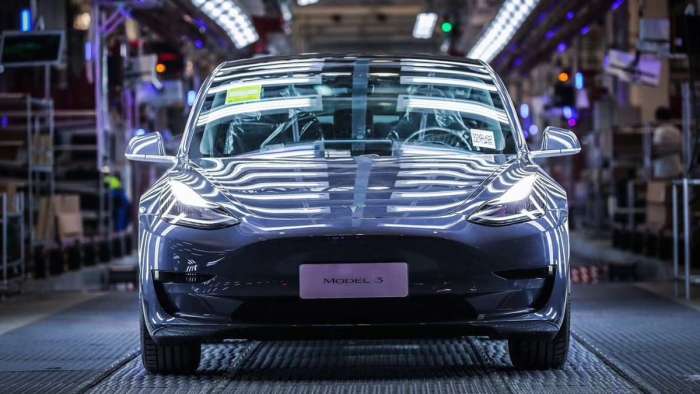 Tesla aims to one day be the world’s safest company. Is that the case? They are definitely on their way when it comes to leading the automotive industry towards a safer workplace, and of course, safer vehicles. Information provided by Tesla’s Laurie Shelby who released a news update February 2020 named “Accelerating Tesla’s Safety Culture.”
Advertisement

First, I want to start by talking about the Tesla values.

2019 was a great year for Tesla including a lot of growth. The beginning of 2019 was bumpy for the company as they struggled getting Model 3’s delivered to their customers. During these times, safety was and has always been a top priority for the company as they expand globally. Their goal is to become the world’s safest company. They promise to combine safety into their work operations and their products. Of course, Tesla’s employees are of their highest importance and had a record year in 2019.

Tesla recorded a reduction of over 50% for injury rates per vehicle says Shelby of Tesla. This value seems slightly skewed since they released significantly more vehicles in 2019 than in 2018. I would imagine that there would be a flat number of injuries in a year and given more vehicles, it would drive the average way down. These rates are supposedly under industry averages which would include other manufacturers.

For large manufacturers, and according to the Bureau of Labor Statistics, Tesla is 5% better than the industry average when it comes to recordable injuries. They improved from 2018 and are continuously finding ways to make a safer workplace for their employees and safer cars for their clients.

Another impressive feat that Tesla achieved over the course of 2019 is the fact that their DART rate improved. The DART rate stands for Days Away and Restricted Time. This describes employees that must leave work due to injury or illness. Less illnesses imply a cleaner workplace; less injury means educated and careful operations. There is much to be said about this metric because it could also correlate to employees happy at their workplace. Not only does depression sometimes lead to days away from work but work is one of the most depressing things for a lot of Americans. My work is awesome because I get to ramble about Tesla though. It’s all about how you frame it.

Among other things, Tesla has demonstrated incredible accuracy with an apparent 99% accuracy in their safety record keeping. Imagine OSHA’s happiness. Their injury reporting is concise and sparse. This shows their aptitude to continuously improve. Many of us know that Tesla is capable of this if we just look at their products.

As Tesla leads to a global expansion, their work force will increase as will their sales, deliveries, locations, and just their liabilities in general. This can be extremely hard for a company to a get a grip on and manage. The fact that Tesla has given instant torque to the situation all together is what feels safe. It feels safe to both their investors and customers. As a consumer, I feel confident that Tesla has taken prolonged measures to make sure that my car is as safe as possible. Since their mission is to be the safest company in the world, surely, they want to rise to this occasion.

Tesla is entering all sorts of markets from Chinese, European, Space, and the Roofing industry among others demonstrates their flexibility to an ever-changing situation. The fact that Elon has started this company from a dream and blasted it all the way to actually leading a space program, SpaceX. That’s a story for a different day though. Here’s to safety!

Alex Belauste writes for TorqueNews about all things Tesla. He has worked in the automotive industry for 18 years and has grown to love the culture. Alex writes automotive news based on research, his personal expertise and experience. Alex has studied business at Oklahoma State University and joined the business of the automotive world. Follow Alex on Twitter at @Belauste and on Instagram. Search Torque News Tesla for more daily Tesla coverage from our expert reporters.

Tesla Giga Berlin's New Hurdle: It's Not Only the Gov't, but Now Tesla Itself
Teslas Are Sold Out Until 2023, But The Timing May Reverse
END_OF_DOCUMENT_TOKEN_TO_BE_REPLACED