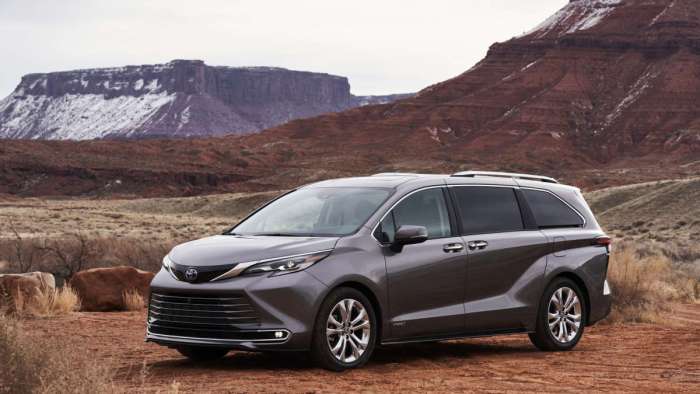 Two new models inch Toyota closer to its goal of making every model in its lineup available as a hybrid. It's one model from completing that task with cars, but has most of its SUVs and trucks to go.
Advertisement

As the world is seems to be moving to electric cars, Toyota is going all-in on what’s beginning to look more like yesterday’s technology: hybrids.

The company launched two new models on Monday that will only be sold as hybrids: an updated 2021 Sienna minivan, and a revived Venza midsize two-row SUV.

Both vehicles are part of Toyota’s long-promised effort to “electrify” every model it builds by 2025. Unlike, for example, Tesla, when the company says “electrify” it doesn’t mean cars that plug in, only cars that include electric motors that provide some portion of the motive power, i.e. hybrids.

When the company first made the commitment to make all its models hybrids back in 2011, it promised to do so by 2020. At this point, the company is fairly close, with hybrid versions of almost all of its mainstream cars and SUVs, though not trucks or off-road focused models. (Toyota sells a hybrid version of its small CH-R SUV in Europe but has not announced any plans to bring the hybrid to the U.S.) 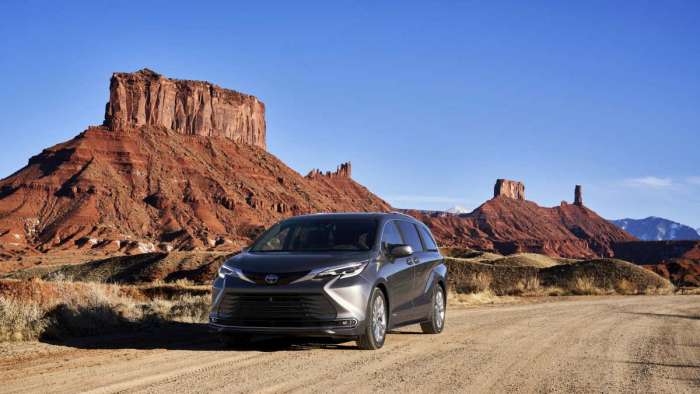 The Sienna was one of the last holdouts. Minivans, with all their space inside reserved for passengers, are notoriously difficult to find space for a battery. That’s doubly true for a minivan with all-wheel drive, and ever since Chrysler dropped its all-wheel-drive version of the Town & Country in 2004, that’s been the main reason to choose the Sienna over other minivans.

And for a company that built its recent reputation on environmentally more efficient hybrids, ,Toyota ended up with egg on its face when Fiat Chrysler—known as an industry laggard in fuel economy and emissions technology—beat it to the hybrid minivan punch with the Pacifica Hybrid in 2017.

Tens of thousands of families in the early 2000s were inspired by Toyota’s hybrid technology (and many of them owned Priuses as commuter cars), and wanted the same environmental credentials for their family cars. But Toyota held off on building a hybrid Sienna, even while it added the technology to a wide range of other models, including the Camry and the Highlander three-row SUV. (That Highlander Hybrid and the 2011 Prius V were the closest those buyers ever got to the hybrid Toyota peoplemovers of their dreams.) 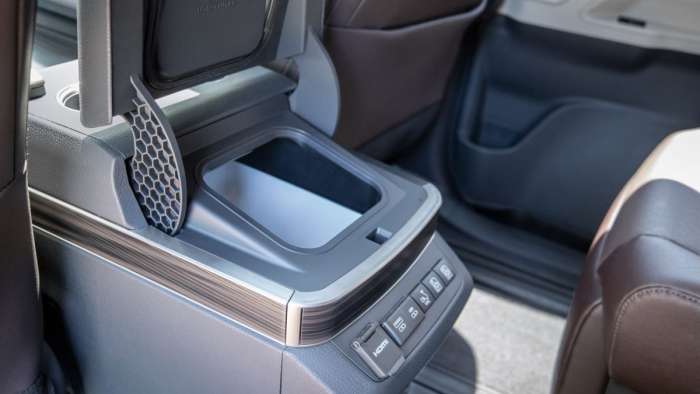 With a hybrid powertrain is the only way Toyota will sell the new 2021 Sienna. The new hybrid system uses a 2.5-liter four-cylinder engine that Toyota says will deliver 33 mpg combined. That’s up from 21 mpg for the 2020 Sienna, even with all-wheel drive. Toyota’s hybrids use a unique electric all-wheel-drive system with no mechanical driveshaft from the gas engine to the rear axle. The rear wheels are driven only by a separate electric motor that is electronically synched with the front powertrain.

Toyota did not announce any horsepower rating In other applications, including the Toyota RAV4 Hybrid and the new Venza, this powertrain puts out 203 to 219 horsepower, which seems like not much for a minivan. Using silent, torquey electric power for starts will make the Sienna feel somewhat more powerful. With the new hybrid powertrain, Toyota rates the 2020 Sienna to tow a significant 3,500 pounds.

For buyers looking for a hybrid three things set the new Sienna apart from the Pacifica Hybrid: all-wheel drive, the ability to tow (it is not recommended with Pacifica Hybrids), and the lack of any meaningful all-electric range. The Pacifica Hybrid can operate as a purely plug-in vehicle for 32 miles. It also has a V6 rather than a four-cylinder engine, and is rated at 30 mpg running on gasoline. 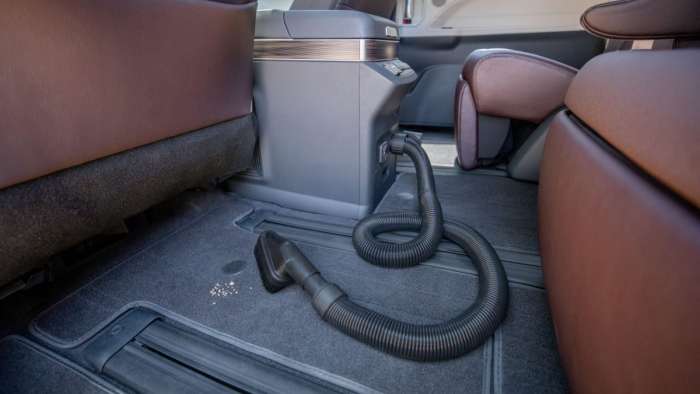 The new Sienna also has great minivan features. Its second-row captains chairs can slide back more than two feet to turn the Sienna into a spacious limousine that will put most SUVs to shame for comfort. And it offers a built-in electric refrigerator and vacuum cleaner behind the front seats.

For 2021, Toyota will offer the Sienna in its three top trim levels, the sporty-minded XSE, plush Limited, and ultra-luxury Platinum. More affordable LE and XLE models are expected to follow. 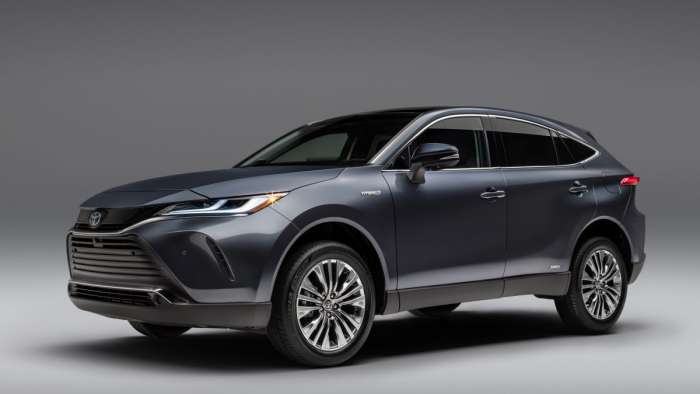 Toyota’s other new hybrid, the 2021 Venza, uses the same four-cylinder hybrid powertrain as the Sienna.

As a midsize, five-passenger, two-row SUV, it is based on the three-row Sienna, and fits in the lineup between that and the smaller RAV4, which Toyota calls its “adventurous” SUV.

That gives some indication of who Toyota hopes to sell Venza’s to. The Venza will be more comfort and luxury oriented than the RAV4, and is Toyota’s answer to the Ford Edge and the Hyundai Santa Fe.

Like the Sienna, the new Venza will offer standard electric all-wheel drive, and Toyota announced that the hybrid system will develop 219 horsepower, giving a good indication of output for the Sienna. It will be rated at 40 mpg in base LE trim. 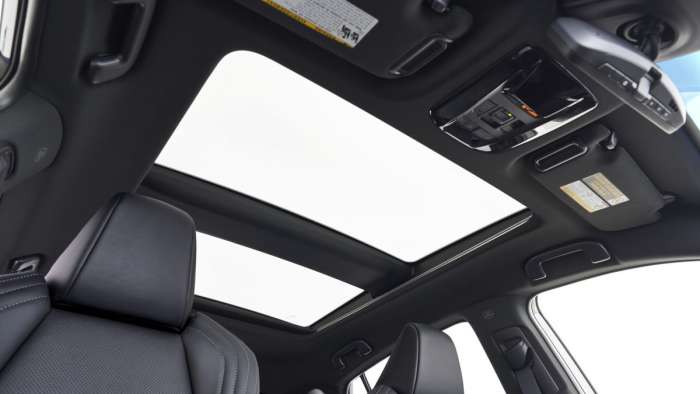 The new Venza will offer a fixed, non-opening panoramic “StarGaze” glass roof that adjusts electro-chromatically from clear to frosted white. Unlike most of Toyota’s hybrids, which use a step-less electronically continuously variable transmission, the Venza will let the driver manually select some gear ratios.

A new Predictive Efficient Drive mode memorizes routes to maximize fuel economy when traversing hills, maximizing electric power on the way up or in city driving, using the engine more heavily on highways, and recharging the battery on downhills.

These aren’t the last new Toyota hybrids this year. The company is also expected to introduce a plug-in version of the RAV4 Hybrid with 39 miles of electric range later this year. And we can always hope it may be followed by the hybrid version of the CH-R.