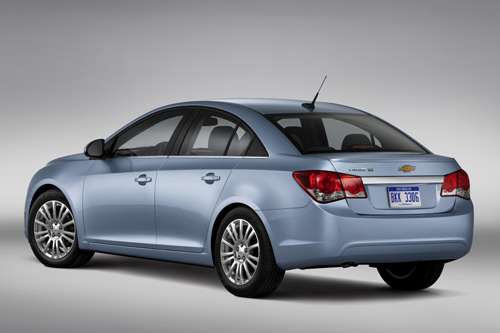 It's more expensive to drive this year, says the American Automobile Association, but it's not what you think. Costs are up by an average of 1.9 cents per mile to 58.5 cents per mile led by the cost of tires, and the improved overall average gas mileage didn't offset the increased fuel prices...but that was before prices started the recent rapid rise.
Advertisement

The AAA calculated that the cost of tires was the greatest percentage increase, rising 15.7 percent to 0.96 per mile for average sedan owners. Tire price increases due to higher costs for raw materials, energy and transportation were one factor, the other being the trend by automakers to equip cars with premium grade tires as original equipment.

The cost of fuel didn't figure into the calculations as much as it might have because the study began in December, 2010, when the national average cost of gasoline was $2.88 per gallon. And as John Nielsen, AAA's national director of auto repair, buying and consumer programs notes, "Some of these costs can fluctuate greatly at different points of the year, such as what we have experienced since the middle of February with the price of fuel."

Some costs actually went down. Both maintenance and insurance declined, the cost of maintaining a vehicle falling because of a trend by automakers to include some portion of scheduled maintenance in the purchase price and also by newer cars having longer recommended service intervals. All categories of vehicle went down, though minivans decrease most, with a 7.4 percent decrease to 4.5 cents per mile.

Average insurance costs for sedans fell 6.1 percent to $968 yearly, according to the AAA, though conceding that insurance rates vary widely with driver, driving habits, issuing company and geographical area. However, "low risk drivers with excellent records" are seeing premium decreases that offset increases in 2010. Large sedan and minivan categories had the steepest declines.

The details of this year's study can be found at "select local AAA branch offices" or may be downloaded at AAA.com/publicaffairs. And the data turns the AAA's cost of driving research upside down can be found at your local gas pump.