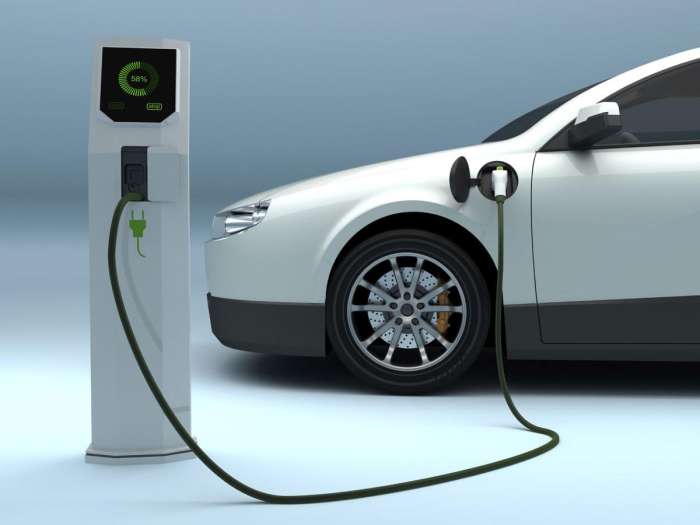 What a Difference 100 Years Make: The Return of the Electric Car

If for whatever reason you have a problem driving an EV that they’ve been here over the span of 3 centuries but we pretend they’re a new invention, you need to get over that hang-up as soon as possible.
Advertisement

Some of us driving deniers, naysayers, doubters, nonbelievers, supporters, users, non users, may or may not realize that not only are electric cars coming, they’re coming BACK after being here for most of the 19th century through 20 years into the 20th century, and then back AGAIN the first 10 years and beyond into the 21st century, and there’s not a damn thing you nor I nor anyone else can do about it! Not even Donald Trump!

As EV milestone events unfold to quickly become part of history, we are not realizing it yet, but our gasoline experience retrospectively was merely a 130 year experiment to see what kind of fuel delivery system was the best overall for use during the Industrial Revolution.

In a nutshell here are the things we went or are going through with energy. We don’t use it as often as we used to, but coal was a constant. When I mean “cars,” for this I mean trains too, as back then they were essentially the same before we separated the two. “Gas” actually means any kind of fossil fuel, as thank God we at least became more efficient as finding ways to burn fuel more efficiently right down into the combustion chamber, even recently. The Industrial Revolution started about 1759 at least the first phase, and 17 years before the American one:

3. Then we went back and forth between gas and electricity, sometime trying steam once in a while, and for “cars” for the very last time before giving up with that. This works nicely in combo. You get the best and worse of both.

4. Then we tried mostly gas for over 130 years but the rest of the world FINALLY caught up with us in the Industrial Revolution, for ALL of us now to gas the environment back with poison exhaust and start killing the planet, so this gas thing isn’t going to work for all of us at the same time, eventually for no one at all.

5. Then after WW2 we started using nuclear. Oh my. I don’t know what we were thinking, but at least we started getting the hang of it by the turn of this century. Unfortunately as far as the Americans were concerned, we scared ourselves into not making anymore new plants for at least a while. We all like to play strategic brinkmanship with it once in a while. We may have no choice but to get back to that full steam, pardon the pun.

6. We introduce ourselves to “alternative renewable energies” to go back to our roots of trying to find ways to let the earth itself give us the energy we need without digging the earth for it. Solar, wind, and water. Solar if only we don’t burn ourselves up first before we can no longer see the sun that we can no longer use it!

7. And now here we are still using gas for cars and other things and back to step 3 again, really, using electricity once again, but using only gas when we need it and more sparingly as we go along while the environment worsens.

We’re just about done with Karl Benz’ 130 year experiment with the gas car. As we wait for his company he formed with the partner he never met, Gotleib Daimler, we’re about to put it down for the last time and wait for Mercedes Benz and the gang they compete with, to finally get their act together after what Tesla has done to them, to go back again and pick up the electric car, to remind us why and how we got here to begin with. More charging stations this time please! And hurry up this time!

But some of us with our doubt and reticence and silly superstition and denying, think that electric cars haven’t been here to begin with. I’m sorry to tell you, those that do that, but they were here before any of us living now were. It’s just that when we last left them they were horse carriages and buggies and carriages and buggies, well I don’t know how else to describe them. They really didn’t look like cars as we’re used to.

Historians are surprised to learn some interesting things about the early 20th century’s car culture, and how the electric car paid a larger role in America’s initial car experience before the gasoline engine took hold, and more so that we were lead to believe 100 years later. An 1899 US Census recorded that total automobile production that year included 1,575 electric vehicles, 1,681 steam-powered, and 936 burning gasoline. One hundred years ago, of the total cars produced and driving on American roads, 38% of them were electric. Yes, electric with batteries, the same kind as we use now, and coincidentally with the same amount of range as our modern PHEVS: about 30-40 miles. According to Quartz, “by 1915, the number of EVs in the US had soared to about 37,000 (12,000 of which were commercial trucks).”

While the women’s suffrage movement was underway at the turn of the last century, women were struggling to decide what kind of rights they wanted in order to vote, and what kind of car they wanted in order to drive! Most women of the time who had money to buy an electric car as opposed to a gas one, preferred them as electrics were cleaner, quieter, easier to start and operate, and less stressful to ride in.

The driving dynamic of an electric car 100 years ago, was similar to that of a gas car having a semi-automatic transmission decades later. Electric cars didn’t need gears so there was no stick shift driving as most gas cars required. Even back then electrics were several hundred dollars more than gas ones, as opposed to several thousand dollars between them now! A hundred years ago a gasoline car cost about $650 as opposed to an electric roadster at about $1750. https://www.energy.gov/articles/history-electric-car

Some men even preferred women to have an electric car as opposed to a gas one. Besides the prevailing thinking that electric are for women and gas are for men, many husbands and fathers of wives and daughters respectively, liked the idea that an electric car had a range the wife or daughter must adhere to. That was part of a man’s dynamic for women to know where a woman’s station in life is. “It’s an understanding of a vehicle from the point of view from someone who can accept restrictions on their mobility,” says Virginia Scharff, a historian at the University New Mexico and author of Taking the Wheel: Women and the Coming of the Motor Age. “The distinguishing characteristic of femininity is staying in your place.” Mrs. Clara Ford, wife to CEO Henry, drove an electric for years, and Henry traded it in every few so years, even getting one weeks before the official rollout of the Model T! Gee, if that isn’t telling!

And when the electric car finally parted ways at least at the mass production level, and unbeknownst to us temporarily from about 1920 and onward, its departure changed the entire driving landscape for women for decades to come. Women didn’t care for gas cars because they were noisy, messy, smelly, dirty, more difficult to start, too unreliable, too complicated to press and shift gears, just too much of a bother to drive. It truly was like operating heavy machinery. As gas and gas car prices got even cheaper, gas cars became more reliable and finally easier to start with electric starting. As gas car companies changed their business model to push car ownership purchases as opposed to leasing like the electrics were doing for that to be their undoing then, that the car companies today are starting to do it the opposite way again toward leasing.

So the car electrics lost money quickly, and they all died by 1920, to just leave an occasional EV around through 1940. So when nothing was left but gas cars, many women either: stopped driving, the ones with money got a chauffeur (this is when the chauffeuring trade exploded, with its licensing and professionalization). Or the few women who were independent and determined, doubled down and learned how to drive a stick shift! These are my kind of women, by the way. There weren’t that many who did!

The first cars that had the fully automatic transmission was both Cadillac and Oldsmobile for the 1940 model year. The GM Hydramatic Transmission was a game changer that helped many women, many people actually who couldn’t drive a stick as some women weren’t the only ones, take to the roads on their own without the anchor somewhere with a man, or the distraction or complications of changing gears while paying attention to the road. It took 20 years to see a change for women, that the electrics could’ve taken them there faster, as they didn’t need gears.

As we go along on this EV journey, I often wonder what life would’ve been like if only 100 years ago we moved toward electric cars to put away the gas ones instead. We came that close to doing that, as it was more about finding the most efficient and convenient fuel delivery apparatus. Gas and electric gave us some of both but not all we wanted. This is why 100 years ago we struggled to decide which was better.

So here we are, giving electric another chance. For those of you who sit and complain about electric cars, remember this: the problem isn’t the electric cars that you complain. The problem is actually us. They’re the ones, the EVs who should be sick and tired of us, not the other way around, and this time with hopefully more charging stations! They’ve already been here. They’ve done us. And here we are asking them for another shot. They’re the ones who should be over us!