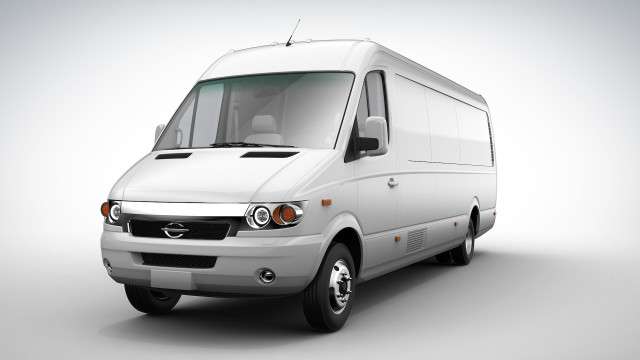 Chanje electric delivery truck model for US manufacturers to follow

The startup electric vehicle company Chanje is aiming to be the leader of delivery EVs. That market is medium-duty delivery trucks, of which there are 7 million in the United States. About 500,000 new commercial-delivery trucks are sold each year.
Advertisement

Chanje's electric truck, its sole U.S. product, is built from the ground up and differs from those created by companies that rely on retrofitting current commercial trucks.

Ryder, the commercial fleet management company has signed on to be it’s exclusive sales partner. The huge operator has also placed its first order for the electric trucks. Prices haven't been revealed, but Chanje CEO (and former Tesla executive) Bryan Hansel said lease payments will be "at parity" with equivalent diesel-powered trucks, according to The LA Times.

Although the company is based in California, its success also rides on China: Chanje is 49-percent owned by Hong Kong's FDG, which makes battery cells and packs in mainland China.

The electric delivery trucks are sold in China under the Chang Jiang brand name and a couple of thousand have already been delivered. The trucks will initially be made in China, but they are leaving the possibility of opening a factory in the US if demand warrants it.

The electric-truck maker is looking for manufacturing sites on the West Coast; future plans include Midwest and East Coast production facilities as well.

The electric vehicles can haul up to 6,000 pounds and provide a maximum of 580 cubic feet of cargo capacity. California provides incentives for electric medium-duty vehicles, as well as passenger cars and light trucks, though Chanje isn't banking on them lasting indefinitely.

Will Nissan, Chevy & Ford beat them to the punch in the US? It does not seem so at this point. Would you make a point to support a company that you knew was using electric delivery vans?