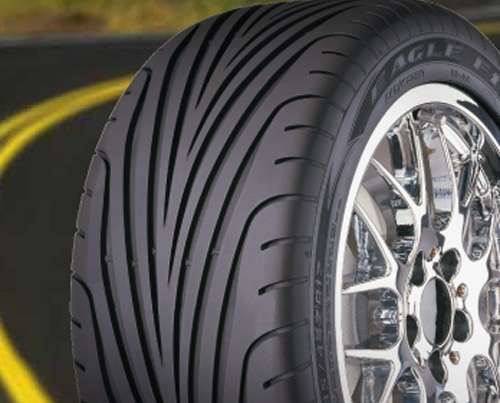 Wish happy birthday to the tires you drive

On June 15, 1844 a man named Charles Goodyear patented a process now known as vulcanization, that simply involved adding sulfur to natural rubber and heating it. Thereafter the rubber would retain its flexibility even when cold, providing the embryonic beginnings of the modern tire, some of which still bear his name.
Advertisement

Today we drive on tires labeled with the name of Goodyear and others who furthered the science behind the modern tire. We drive thousands of miles on them checking the pressure sporadically, with never a thought about what an innovation they once were.

Some forty years later, John B. Dunlop created the first inflatable tire for his son’s tricycle. These pneumatic tires were first used for bicycles and notably won the first race they were used in by Willie Hume, captain of the Belfast Cruisers Cycling Club.

Dunlop received a patent for inflatable tires on December 7, 1888. However, his patent was revoked when it was discovered that Scottish inventor Robert William Thomson (1822–1873), had patented the idea in France in 1846 and in the US in 1847, many years before Dunlop. Still there are Dunlop tires on the road and the name of Thomson is nowhere to be found where the rubber meets the road.

Except for a retread shop in Thomson, GA

According to the US Census Bureau, in 1910, the BF Goodrich company discovered that adding carbon to tires would make them last longer, with the side effect of making them black.

Benjamin F. Goodrich, for whom the firm is named died in 1888 at the age of 46. Nevertheless, the company he founded developed the first tires capable of the bearing the loads and speeds of the automobile as it was coming of age.

It was Goodrich chemists who first developed plasticized polyvinyl chloride in 1926. Now doing business as the Goodrich Corporation, they exited the tire business in 1988, and now provide systems and services to aerospace, defense and homeland security markets. Still the Goodrich name still graces tires fabricated by Michelin, who bought the Uniroyal-B. F. Goodrich tire business in 1994.

Today over 20,000 dealers sell the fruits of Goodyear’s, Dunlop’s and Goodrich’s innovations nationwide. It is an industry totaling $29.5 billion in sales annually.

So you see, there’s a lot riding where the rubber meets the road. We should have baked a cake decorated like a tire, no?

Call it a variation on the Blues Brothers' Rubber Biscuit!

Tesla Giga Berlin's New Hurdle: It's Not Only the Gov't, but Now Tesla Itself
Teslas Are Sold Out Until 2023, But The Timing May Reverse
END_OF_DOCUMENT_TOKEN_TO_BE_REPLACED