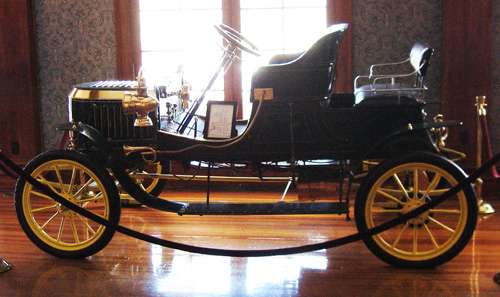 Will solar-powered steam vehicles ply the highways of tomorrow?

The first steam powered carriages were replacing horses as early as 1788 and though eventually superseded by gasoline powered combustion engines, the highways of tomorrow may see the return of steam as a renewable power source thanks to the innovative HydroICE engine.
Advertisement

To invoke a well worn cliché, what’s old is new again – something destined to become a mantra for aging baby boomers, but also a kernel of truth if the invention of Show Me State residents Matt Bellue and Ben Cooper can make their closed system engine work.

The Stanley Steamer, at right, outsold the gasoline and electric powered horseless carriages of the day from 1899 to 1905. Though they had a few advantages like quieter operation and requiring no transmission, the drawback was the amount of time needed to warm the vehicle to operating parameters.

The resulting mixture is separated back into the original components subsequently – a process that should not be difficult considering how poorly oil and water mix. The engine drives a generator thus providing the power to drive a vehicle.

This may seem far-fetched, but so did the recently acclaimed efforts of the Tesla Motor Company not so long ago, and the visionary Missourians have already built and are currently testing a prototype of their design.

However they are still working on the engine itself and it is a long way from the drawing board to a working vehicle, not to mention a successful conversion to a production product and marketing challenge.

The French are credited with the folk saying, “plus ça change, plus c’est pareil,” meaning, “the more things change, the more they stay the same.”

This is an interesting saying, but one whose true insight is elusive.

To the French of the 15th through 18th centuries it was probably an admission that though the monarch kept being replaced via royal succession, the people remained hungry due to the continuing excesses of the aristocracy.

In the early 1900’s, the steam-powered carriage was superseded by the electric motor and then the gasoline combustion engine.

As the 2000’s began, the gasoline car is slowly being replaced by diesel, hybrid, plug-in electric and, perhaps eventually, the solar-powered steam generator electric car. This would, in a sense, complete a full circle.

Bellue and Cooper have taken a 31cc 2-stroke gas engine and modified it to function as a HydroICE engine. Though there is no evidence it works as yet, Missouri State University and the Missouri University of Science and Technology are working with the duo to design collateral components like solar collectors and to test the engine’s efficiency.

With limited knowledge of the physics involved, but a fair amount of knowledge on how cars work, we suspect such a vehicle would need an electric car battery to store generated power and heat the oil when solar input was not available. Another imaginative possibility would allow the vehicle to collect ambient heat from the cabin, road surface or other sources to raise the temperature in the oil reservoir.

Sometimes our imagination convinces us something cannot be done – and sometimes such flights of fancy simply do not work in the real world.

However, if someone told you a year ago a man would skydive to earth from orbit, would you have believed it?

And so it goes…