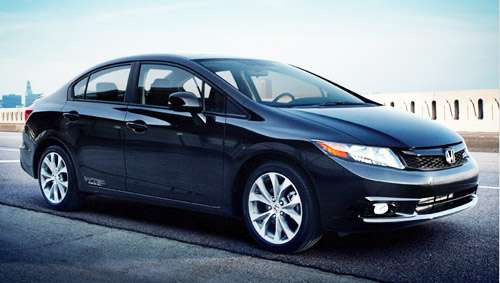 Why you need insurance advice before you buy a car

As cars become more efficient, lighter weight and safer, they are also becoming much quicker as the horsepower output of smaller engines grows – impacting the actuary tables when collisions occur and making insurance advice a more meaningful part of the buying process.
Advertisement

What it comes down to is this – as cars are built from lighter materials, and the horsepower of small engines increases, the safety of these cars depends on collapsible components and expensive features like airbags that must be replaced after an accident. That is, if anything can be salvaged at all.

If something like a Nissan Versa or Honda Civic runs into an Infiniti QX56 from any angle, the likely result would be the commuter scrunching under the SUV. This would effectively demolish the entire front end and windshield, deploying at least one airbag. Though modern safety features might keep injury to a minimum, more vehicles will be simply written off in such an event, requiring total replacement. The cost of rebuilding the car simply might prohibit repair.

A sixties model Aston Martin DB5, seen in a good many on the James Bond films, produced 282 bhp from a slightly under 4-liter I-6 engine. It would do zero to 60 in seven seconds.

Now a 2012 Honda Civic Si outdoes that performance with a 2.4-liter, 16-valve, DOHC i-VTEC engine producing 201 hp and going from zero to 60 in six point one seconds – not that you’ll catch Bond driving one.

That’s part of the point – the average commuter car can outperform the exotic sports car of 50 years ago so the high-spirited cars of today put the rockets of old to shame.

The bottom line is that, even though the number of accidents since 2009 is down, and cars are much safer than they were just a few years ago, thanks to their quicker acceleration, when accidents do happen there’s a fair chance they’ll be more severe.

According to a post by Greg Horn on PropertyCasualty.com, a Civic Si from 2006 can shut down a 1965 Pontiac GTO. Horn states the Goat, as the model was affectionately known, could do zero to 60 in 7.0 seconds, with a time in the quarter mile of 15.8 seconds. A plain, stock 2006 Honda Civic Si will get from zero to 60 in just 6.2 seconds with a quarter mile time of 14.7 seconds! It’ll get a lot better mileage too.

So when you buy your son a nice safe commuter car and think, “What kind of trouble can he get into with this?” Think again – you just bought him a tiny little car that will outperform a 60’s muscle car! Better check his right foot for lead content.

Sports sedans from the last 10 years will probably do zero to 60 in 4 to 6 seconds. So face it – many of the used cars available today will outdo the exotic sports cars of years past.

Horn, who if you didn’t notice is an auto writer for an insurance website, says the typical collision between one of these modern commuters or sedans will likely require the replacement of “two xenon headlamps, an alloy hood, two fenders, the A/C condenser, radiator and the alloy core support while also deploying the two front airbags, which will destroy the dash panel and windshield. Most three-year-old small cars sustaining that type of damage are not going to end up in the shop for repair.”

What he’s saying is the damage is extensive enough for the insurance company to total that out. What happens to your insurance rates if 50 percent of cars are replaced outright instead of being repaired, as compared to maybe 10 to 20 percent in years past? We think you already know.

Honda seeing what in all likelihood will be replaced in just a simple front end impact has put together a combo deal on the parts needed for such eventualities that saves the owner $1,000 out of $3,000 – but that’s the exception rather than the rule.

In conclusion, if you’re buying any car and want to compute the total cost of driving it, you need an insurance agent’s advice on what it will cost to repair collisions in any particular model and what that will do to your overall rates.

Obviously, the cars that are cheapest to repair and least likely to be badly damaged in a collision, will cost the least to insure, even with a teenager at the wheel. So it makes sense to get insurance advice beforing buying any car, new or used, unless money is no object.