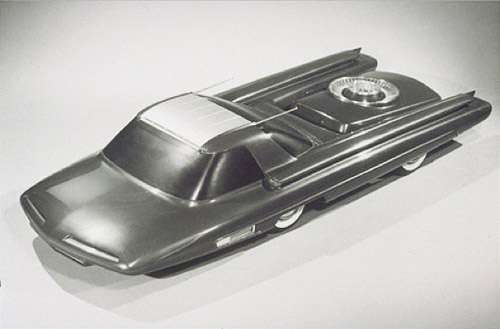 Where is the cheap, plentiful energy to power our cars, homes

Cheap and plentiful energy was the promise of atomic energy in the 1950s, expected to power cars, provide cheap electricity and even power the robots who would take care of all our menial tasks and hazardous obligations.
Advertisement

Then everyone thought atomic energy had opened the door to a bright and prosperous future, the affluence of he 1950s projected to the power of E=MC2. It was not to be – the threat of nuclear war counterbalanced the potential benefits and nuclear power plants proved to expensive to build and maintain, not to mention creating highly virulent waste products toxic to all life except for cockroaches.

Further, each had the risk of turning into the same explosive weapons that made the world a scary place for over 30 years. This was well established by Three Mile Island, Chernobyl and the recent Japanese tsunami that nearly pushed a reactor to meltdown.

Of course, atomic power has been harnessed to power nuclear subs and space stations and a few other things, but little of the promised freedom from poverty and drudgery has resulted.

Before the invention of the automobile, the air of our cities were befouled not by particulate emissions of combustion engines but from the equally smelly waste produced by fueling the common means of transportation of the day – the horse and/or carriage – with either oats or hay.

The combustion engine solved that problem and replaced with a whole new kind or pollution, but oil was energy dense, cheap and plentiful and a number of people were getting quite rich from its ever-growing consumption.

This continued on for over 100 years while cars grew bigger, fancier and even sprouted fins like denizens of the deep. However, about the time all this began, somebody came up with the idea of how jolly good it would be to invent a machine capable of perpetual motion. That is, one that once you did whatever it took to start the infernal thing, would then continue to operate ad infinitum with no addition input whatsoever.

At first this was believed to be a violation of the laws of physics, a basic if layman’s understanding of which would still seem to hold true. Alchemists dreamed of getting something valuable from something worthless – thus spawning chemistry. However, the theory of perpetual motion purports to get something from nothing, which we have all learned simply does not work – discounting Biblical miracles.

Actually perpetual motion has been a dream of humanity since the time of Archimedes, and minds as advanced as Da Vinci and Nikolas Tesla have envisioned them. Modern thermodynamics seems to reinforce the possibility of such endless energy, but as a rule, every modern claim of perfecting such a device has proven to be a hoax.

Howard Johnson did invent some sort of magnetic motor he claimed would generate free power on an indefinite basis, built several such devices and obtained patents on three different models.

Based on Internet research, he did accomplish something like that which would continue to function unpowered for 18 years, until the magnets lost their magnetism.

This is what inspired this article – there is a video ad on Facebook claiming to have the design for this HoJo Generator, which they are willing to sell you for only $49.99 – today and today only because the evil power companies don’t want you to reduce your electric bill by 30 to 50 percent. So these benevolent technical wizards may have to pull down the site any minute.

They even say the design was publicized in a copy of Consumer Electronics or some such magazine of which they show you a fleeting image. Still they say they want everyone to have this secret information, so why aren’t they giving it away?

If you’ve seen the scam and hoax warnings on the evening news that tend to show up whenever the hucksters are putting one over on the local populace, one the prime indicators is to never trust anything that is today only. Can you say, “Fly by night?”

Mind you, Howard Johnson’s magnetic motors are a reality and they do operate on some level, but it not likely to result in what the website claims, simply because of the way it is marketed.

This promotion plays upon mistrust of the power companies and the fear secrets are being kept from you that would liberate you from your station in life. It is not truly hard to understand such sentiments, but is it ethical for our institutions to aid and abet the ubiquitous exploitation of the consumer, if indeed that’s what this is!

Is P.T. Barnum's pronouncement that, "There a sucker born every minute," justification for declaring open season on the American consumer?

Though science has unlocked the secrets of the atom, it has yet to find a source of cheap, plentiful energy. The recent focus on and attempts at creating cold fusion were part of this continuing search for such power, but again all reports of success turned out to be false.

Perhaps the answer will come when the secrets of the power contained in magnetism and gravitation are discovered.

In Chester Gould’s Dick Tracy comic strip, which ran from 1931 to 1977, the detective had a famous two-way wrist radio. Today we have smartphones and netbooks on which we can make video calls.

Tracy also had a flying device that looked like a large golden vase with crutch-like grips sticking out. It flew and hovered drawing power from the magnetic energy of the Earth, which is everywhere, except for a few vortex points.

Today we are experimenting with alternate fuels and power systems to adapt our automobiles to a changing world. We will doubtless change the waste products of our current modes of energy into another form – the consequences of which we will only understand the full folly of until much, much later.

Still the quest for cheap, plentiful power goes on – power enough to wipe out war and poverty, leading to a more equitable, empowering and sustainable world.

The only sure thing in this world is change – whatever you do, don’t get in its way.