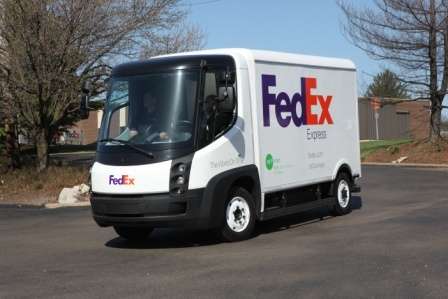 When electric vehicles make dollars and sense for fleets

These conclusions were arrived at following a webinar session organized by FleetAnswers and The Electrification Coalition. During the session, representatives of FedEx Express, Pacific Gas & Electric (PG&E), and Dow Kokam shared ways electrification has made economic sense for their companies. The secret seems to be overcoming barriers to electrification with innovative solutions, according to FedEx Express and PG&E.

With unstable fuel prices and the recent economy, both FedEx Express and PG&E see electrification as a favorable strategy in managing costs. Dave Meisel, director of Transportation Services for PG&E, remarked the compounded annual growth rate of the price of fuel over the past 15 years has made petroleum based fuels an unsustainable option for them.

This point of view fits into the firm’s broader strategy of efficiency and conservation as the ever-volatile price of oil has increased during recent years.

The move to electrification has proven to be so positive for PG&E that early data for plug-in hybrid electric vehicles and solely electric vehicles has shown savings up to 70 percent in operational costs. According to their statistics, the elimination of idling in EV’s alone can reduce costs up to 30 percent.

Further, state regulations have given electric vehicles a substantial economic advantage over gas vehicles in many places. In certain parts of California, noise restrictions made gasoline or diesel vehicles inoperable during designated hours of the day.

PG&E no longer has to worry about the noise restriction, thanks to the electrification of the company fleet. “We can work there all night, if needed, in all electric mode, virtually doubling the work day,” Meisel explained.

Despite increased efficiency, productivity and operational savings from electrification, Sondhi admitted the higher initial cost of electric vehicles, up to two or three times their gas or diesel counterparts, has made the conversion to electric power difficult for some fleets.

FedEx has discovered one thing that works is using electric vehicles for low variability urban routes and recommends working with manufacturers to fit the batteries to route needs, helping to significantly lower costs, blazing a potential path to economic viability for electric fleet vehicles.

In a model of the total costs of ownership by Dow Kokam, asserted using plug-in electric vehicles makes sense in urban commercial vehicles, but was not applicable to long haul operations.

When those conditions are present, electrification makes both dollars and sense.

For more information on the lessons FedEx Express has learned from its efforts in global EV deployment, as well as how PG&E is using electrification to save money with its fleet, click here.

Who is Dow Kokam?

It is a joint venture between the Dow Chemical Company and Townsend Kokam LLC who received a federal grant of $161 million to develops and manufacture technologically advanced and economically viable battery solutions for the transportation, defense, industrial and medical industries.

The concern is owned by The Dow Chemical Company, TK Advanced Battery LLC and Groupe Industriel Marcel Dassault. The joint venture’s new world-class manufacturing facility is in Midland, MI where it was constructed earlier this year.