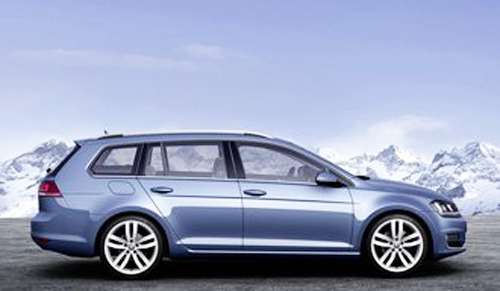 As part of the recently announced intention to become the most environmentally sustainable automaker on the planet, Volkswagen has announced its entry into CO2 technology, projecting the use of the colorless gas as a refrigerant in the air conditioning systems across the product line.
Advertisement

The intention to achieve this lofty goal by 2018 was announced at the Geneva International Motor Show, and in keeping with this directive, VW is putting more than two-thirds of available investment funds into the development of efficient technologies, drive systems and vehicles, as well as in environmentally sustainable production.

Volkswagen considers the launch of the CO2 air conditioning systems a consistent step in its efforts to protect the climate and environment.

When carbon dioxide is used as a refrigerant, known as R744, the naturally occurring gas has significantly lower greenhouse gas impact than conventional refrigerants, making it ideal for use in specially designed automotive air conditioning systems.

With a Global Warming Potential (GWP) value of 1, it is 99.3 per cent below the European Unions specified GWP limit of 150. It is indeed difficult to obtain a lower rating.

This move follows the announcement before the Geneva Motor Show by Prof. Martin Winterkorn, Chairman of the Management Board of Volkswagen Aktiengesellschaft, that Volkswagen is restructuring their entire business along ecological lines.

“We are orienting Volkswagen towards maximum energy and resource efficiency,” he said. “We are well on our way to making our Group the world’s leading automaker in environmental terms.”

The Volkswagen Group is setting itself some very high goals to achieve, targeting levels over 12 grams less CO2 output than required by European law across its vehicle fleet.

“Volkswagen is committing to reducing the CO2 output of the European new car fleet to 95 grams per kilometer by 2020.”

Image: The all-new Jetta Hybrid was announced at the 2013 Geneva International Motor Show.

Volkswagen is the first automaker to commit to this level of greenhouse gas reduction. According to Winterkorn, Volkswagen will reach its self-imposed target of less than 120 grams of CO2 per kilometer as a fleet average by 2015.

“Now is the time to initiate innovations so that efficient technologies and alternative powertrains can be widely used faster,” he continued. “I am convinced this is in the best interests of customers, the environment and Europe as an industrial location.”

“Our one-liter car, the XL1, is a technological spearhead. With fuel consumption of 0.83 liters and 21 grams CO2 per kilometer, the XL1 sets new long-term standards in the automotive industry,” Winterkorn added. “The technologies used in the XL1 find their way into our series vehicles. That applies in particular to plug-in hybrid technology, which we are systematically pursuing.”

The Group is aggressively pursuing the development of more efficient technologies, powertrains and vehicles, while courting environmentally sustainable production at the same time. Volkswagen is making admirable progress towards its target of making its 100 production facilities in the world 25 percent more environmentally friendly by 2018.

Based on the key indicators of energy and water consumption, waste production along with CO2 and solvent emissions, Volkswagen has achieved annual environmental savings of 10 percent per vehicle produced for the past two years.

We sincerely hope other automakers pick up the gauntlet the Volkswagen Group has dropped. Maybe then we can all breathe a little easier.