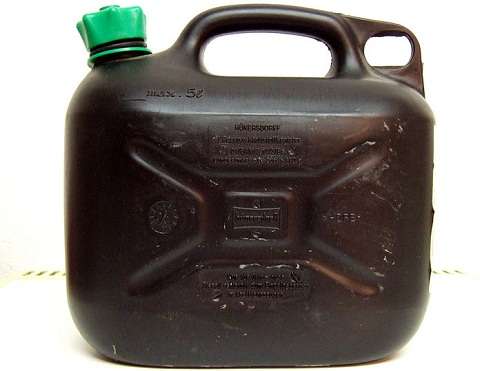 The value of E15 fuel reliability once again maligned

A report was released today questioning the reliability of E15, or gasoline containing 15 percent ethanol and implying some engines suffer damage from using the fuel.
Advertisement

Nevertheless, proponents of ethanol as well as the federal government countered the results stating the study was fundamentally flawed, due to the fact engines with established durability issues were used and no control group was used to confirm the testing method itself was not at fault. Using their trial, cars burning 10 percent ethanol to gasoline might have failed as well. This is the gas the great majority of us put in our tanks on a weekly basis.

This however is just the latest salvo in the ongoing and noisy discussion of the merits of the E15 blend. The Energy Independence and Security Act of 2007 raised CAFE standards to 35-mpg fleetwide by 2020 for automakers as well as mandating the use of 36 billion gallons of biofuels by 2022. Of those, 21 billion gallons must be produced from a non-cornstarch source, that is, sugar or cellulosic materials.

In February, legislation was sponsored by Rep. James Sensenbrenner (R-WI) intended to delay E15’s entry into the marketplace by mandating further testing by the EPA, requiring them to contract the National Academy of Sciences to prove the reliability of the biofuel.

At the end of March, the Domestic Fuels Act of 2012 was introduced into the House and Senate to make it easier to bring E15 to market given the current fueling infrastructure.

“This is really about giving customers more choice and better prices at the pump by empowering retailers to market multiple fuels using the same equipment,” stated Sen. John Hoeven (R-N.D.), one of the bills cosponsors.

The new study was funded by the oil industry and automakers, and performed by the nonprofit Coordinating Research Council who tested eight different engine models, 28 powerplants total, culled from vehicles from 2001 through 2009 models. The engines were operated 500 hours under stress equaling 100,000 miles on ethanol-free gasoline, the E15 blend containing and a 20 percent ethanol variant.

Their results showed two of the eight engine types showed damage from running on E15, in the form of leaking cylinders. Analysis of these engines by the manufacturers revealed damage to intake valve seats, possibly causing the leakage. Another of the engines burning E15 allegedly failed an emissions test.

American Petroleum Institute President Jack Gerard said that the study results reveal millions of cars are at risk of damage from E15.

“Not all vehicles in the CRC tests showed engine damage, but engine types that did are found in millions of cars and light duty trucks now on America’s roads,” said Jack Gerard, president of the American Petroleum Institute. “We believe there’s at least as a minimum, 5 million that are subject to damage as a result of this rule, and we believe that is a conservative estimate.”

Officials at the Department of Energy, however, aren’t buying the oil industry admonition. Having conducted their own research even before the EPA, a DOE blog raised a flurry of red flags regarding the scientific methods of the Coordinating Research Council.

These criticisms included the fact that none of the engines were tested with E10, to provide a better baseline for comparison, as the “de facto standard” and fully 90 percent of U.S. The study used only E20, E15 and an unblended gasoline.

The test cycle was specifically designed to stress the engine’s valve train. As this method hasn’t been used before, there’s no clear way to interpret the results.

Finally, using engine leaks as a standard for failure is not one used by automakers or federal agencies for warranty claims or other concerns.

“Several engines already known to have durability issues, including one that was subject to a recall involving valve problems,” when running on E10 AND unblended fuel. “It is no surprise that an engine having problems with traditional fuels might also fail with E15 or E20,” according to their response to the study.

Since the manufacturers can build flex fuel vehicles that burn 85 percent ethanol fuel, it would seem they are simply grousing and hedging over having to build engines that will operate with 15 percent ethanol.