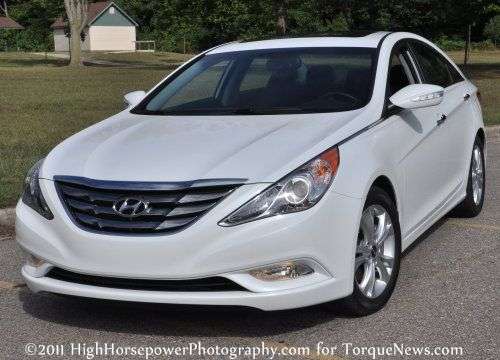 The established authority on online car sales has discovered online buyers like knowing what others have paid for the same car over the last 30 days. Though more sophisticated in some ways, the research also found that buyers have little idea how much profit dealers make on a sale.
Advertisement

"The goal of this study was to find out more about consumers' mindset when it comes to buying a car," said Scott Painter, Founder and CEO of TrueCar. "What we've learned is consumers really want to feel they can trust the dealer to be fair. And the only way to achieve that is through transparency and upfront pricing."

TrueCar's Online Automotive Buying Behavior Report, was conducted by Synovate and polled 1,000 adult consumers on topics related to new and used car buying behavior and perceptions. They discovered the consumer's top priority is simple transparency in the buying process. The report also shows the largest gap between reality and common beliefs was the amount of profit consumers think a dealer makes and deserves on the sale of a new car.

In reality, a dealer makes between one and three percent profit on each new car sold, which would be from $400 to $1,200, according to True Cars, Inc.

During 2010 dealers made a retail net profit of $1,338 per car, which represented a net loss. “Car sales have been at a net retail loss for the last 20 years,” according to Paul Taylor of the National Auto Dealers Association, “though most dealerships are profitable.”

• 85 percent of new car shoppers state knowing what others paid for the same car over the last 30 days would be helpful.

• When choosing a dealership, the most important factors are price (78 percent) and trust (70 percent). A dealer's professional staff rates at the bottom of that list, as 9 percent selected it as an important factor.

• Over 90 percent of new car buyers want a dealer to provide a no-haggle upfront selling price.

• 82 percent believe they will not receive fair compensation for a trade-in. If they do they expect the dealer will make up for the loss through other services.

• 80 percent of respondents would likely use a car buying service from a trusted organization to save time and money. (Could that mean the next big name in car sales will be Wal-Mart?)

"We believe this study, which we plan to conduct annually, illuminates the way in which the market is headed and how cars must be sold in the future,” Painter concluded. “We hope others in the automotive industry will see this data and understand what consumers desire and adjust business practices accordingly."

About True Car, Inc.
TrueCar.com claims to be a transparent, visual publisher of new car transaction data working with a national network of nearly 5,000 Certified Dealers that provide up-front, no-haggle, competitive pricing. They seek to assist some of the nation's largest and most well respected membership and service organizations to meet the auto buying needs of their members and customers.