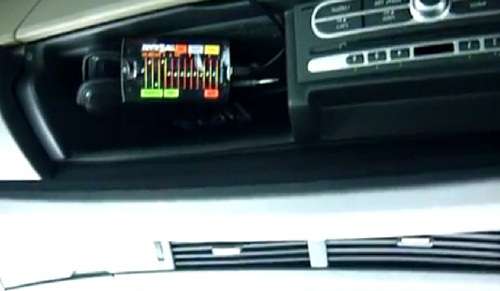 A new Android app has been developed to bring rapid emergency response when accidents occur, thanks to a man whose mother it could have saved when her car rolled off a busy highway out of sight of passing motorists last year.
Advertisement

TripGuard, the name of the new app, was developed to honor Mrs. Meyer and prevent others from experiencing the tragic loss and heartache of losing a loved one when it could have been avoided by the presence of a single smartphone application.

The software was developed over a period of months and thousands of miles of road tests and is now available for everyone. Though developed in Germany, the app will function anywhere in the world within reason. (We wouldn’t count on it in the upper reaches of the Alaskan Highway system, anywhere near Patagonia, crossing the former Soviet Gulag or anywhere in Somalia! Furthermore, emergency services in Syria and Afghanistan are not too reliable at present.)

TripGuard will work on any Android phone. When it perceives an accident has happened, it requests cancellation by the owner – if this is not forthcoming, a request for emergency aid is generated. All relevant data is provided local emergency services and even passing motorists with the app are alerted to the accident’s presence, allowing a backup level of assistance.

Many premium auto models already have OnStar or similar programs that provide these services but it’s likely to be a while before such systems are standard in low priced commuters, sedans and hatchbacks.

TripGuard is now available and even has a function to remind drivers to take rest stops, based on elapsed travel time.

The application functions as follows: As soon as an accident is detected, continuous monitoring begins with a sound alarm which the driver has a few seconds to deactivate. Failing this, an automatic alarm message is triggered, with pertinent information such as GPS location, whether airbags were deployed, and more.

Secondly the emergency alert gives the direction and speed traveled before the incident, forewarning emergency responders to the severity of the incident, to several different emergency numbers, including the apps alarm server. At this point TripGuard staff will monitor response.

Once emergency responders are contacted, a synthetic voice delivers the emergency message in the dominant local language, and switches to a hands-free communication mode, periodically asking where the driver is?

This process repeats every fifteen minutes if three calls do not bring emergency services to bear. Further the last 30 seconds of travel information before the impact are stored on the phones SIMM for later retrieval.

Lastly, the alert can be instigated manually by pushing a button in the app.

TripGuard is available in four different variations and was developed by Alfom IT Systems.