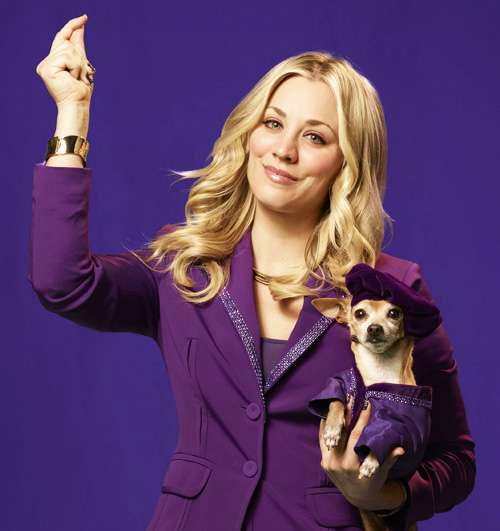 When the 47th Super Bowl hits the airwaves Feb 3, many of the viewers will be as excited by the new ads from brands like Toyota as the game itself, and that can only be enhanced by The Big Bang Theory’s babe-next-door, Kaley Cuoco appearing in the Toyota spot.
Advertisement

Kaley Cuoco, star of the award-winning CBS show The Big Bang Theory, shows that not all knowledge revolves around research mathematics and quantum physics – that knowing how to live in the real world and get along with others is well worth knowing also. The rest of the show is about how difficult life can be when you have one set of knowledge, but lack the other.

The rising young star of television is rather busy this year; with her debut in Super Bowl XLVII commercial for Toyota Motors, along with her other work.

In addition, Kaley’s fans can also make a virtual appearance in the spot via a social media opportunity to, “Get In The Big Game.” From Jan. 4 to 12, entrants can submit a photo of themselves to Instagram or Twitter with the hashtag #wishgranted, to qualify for the chance to get their image in Toyota’s Super Bowl commercial. One lucky fan’s photo will be placed in the spot, which will air during the game’s first quarter.

“Not only are we pumped to have Kaley as part of our Super Bowl commercial, but we’re also excited to give fans a chance to have their photo appear in a nationally televised Toyota spot during one of the biggest sporting events of the year,” said Jack Hollis, vice president of Toyota Division Marketing at Toyota Motor Sales, USA, Inc. “We look forward to sharing our commercial with the millions of viewers who tune in to watch the ultimate football showdown.”

No details of the creative aspects of the spot have been released as yet but apparently it was the humorous slant of the commercial that made Cuoco perfect for the role.

“When I saw the concept for the commercial, I knew it was something I wanted to do,” said Cuoco. “I’ve had a great time filming and am excited to see the finished product.”

Personally, having made much of my lifetime income from advertising driven media, the ads have always been as much an attraction as the game. That is, of course, unless my hometown team is in the game – as they might very well be this year.

So it troubles us Cuoco is wearing Baltimore Ravens purple and we have no idea if the pooch is part and parcel of the production or not.