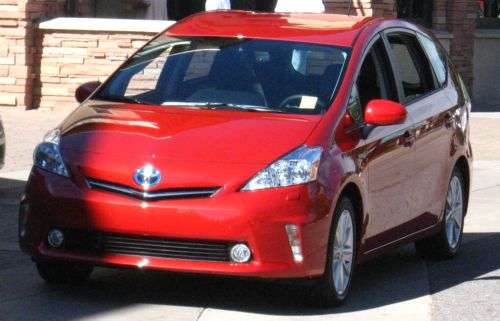 Is Toyota mired in a long-term sales slump?

Toyota's fall is a result of recalls for unintended acceleration in 2009 and 2010, as well as the natural disaster in Japan that interrupted their parts supply and cut into their production, ultimately causing shortages of cars on dealer lots, according to a report on USAToday.com attributed to an Associated Press report.

Will Toyota's sales slump last for years, as one analyst the AP quoted yesterday implies?

Peter Nesvold, an analyst for Jefferies & Co., reportedly wrote in a note to investors that Detroit automakers have equalled Toyota’s near legendary quality and reputation. "Quality is now a given," he wrote. "Toyota's historical reputation for quality is no longer the differentiating factor that it has been for many years."

Nesvold reportedly spoke to a top auto parts fabricator concerned Toyota's market share is sliding thanks to a stale lineup. The slide could be reversed with smarter designs, the contact said. "This could take several years, or at least one product cycle, to implement — assuming that the company internally has already made such a decision," according to Nesvold.

The AP seemingly could not get a response from anyone at Toyota, but we have another perspective to offer.

Toyota’s actual and only sin was an overabundance of success. They grew so fast quality control suffered to a slight degree. The result was a problem with spontaneous acceleration greatly exaggerated by the American media. When you’re on top, there’s always great interest in exposing your feet of clay.

Despite the fact there were less than 20 documented cases out of millions of cars sold, Toyota shut down all their plants to deal with the problem for a full month.

Did Chrysler shut down when it was repeatedly reported that the Grand Cherokee had a shifter flaw causing it to slip into reverse unexpectedly in models from 1995 to 1999? No they did not. All the claims were settled out of court with little notice. Where was the media then?

Chrysler along with GM went to Washington for funds to prevent dissolution due to the fact they’d never invested their profits into market research or planned for the distant future, resting on their laurels for far too long.

It is really far too soon to tell if these sleeping giants will continue their renaissance or fall back into their former complacency.

Toyota came into prominence not only by focusing on quality, but also by research and planning for the future. Chances are this tendency will keep them a competitor to be taken seriously for a long time to come.

For example, when they launched the first hybrid Prius in 1997, gas was cheap and most of the world thought they were crazy. Fourteen years later, they have sold 2 million hybrids worldwide and are the clear leader in hybrid technology.

According to some authorities, hybrids are likely to be the largest growth segment in auto sales for the next 15 years, while full electric vehicles will wait until then to come into prominence.

Predictions and opinions are really little more than that, but any auto manufacturer that counts Toyota out is already in big trouble and doesn’t even know it.

Tsingshan's Threat to Tesla: EV Maker Is In Battery Crosshairs
Tesla-Funded Research Reveals One of The Biggest Mysteries of EV Battery
END_OF_DOCUMENT_TOKEN_TO_BE_REPLACED