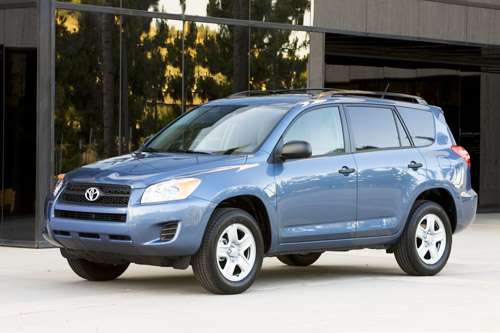 (TorqueNews) Building on the success of last year’s program, the 2011 Shareathon has an additional reward program for those whose followers retweet the original message, increasing the debit card amount by $50, up to a maximum total per card of $1,000. Starting today through Dec. 21, shoppers who register online, tweet a scripted Shareathon message, and then purchase or lease a new vehicle on or before Jan. 3, 2012 will be eligible for a certificate and unique coupon code redeemable for a $500 prepaid debit card. Participants then have 48 hours to get their followers to retweet the message. As an added bonus, the retweeters will be entered to win a 2011 Prius from Toyota. How tweet it is!

“This year Shareathon not only rewards shoppers for tweeting about their plans for a new Toyota, but is also a fun and unique way for us to engage their friends and followers,” said Kimberley Gardiner, national digital marketing and social media manager for Toyota. “Last year’s Shareathon was such a huge success that we decided to add an incremental element to expand the social footprint and impact of the program.”

Beginning today at 11:00 a.m. ESTand on each day of the program, the first 140 people who register on the site and tweet about their plans will get certificates to get a new Toyota during Toyotathon. After the vehicle is purchased, participants will need their unique code and VIN to receive the free card. Participants must redeem their codes no later than Jan. 31, 2012.

In addition to enabling users to register for the program, the Shareathon site will track the original tweets and their subsequent retweets. Users can see the saga of their tweets – as well as those of others – mapped out in circular graphs where each point represents a retweet, with color-coding to distinguish originals from second and third-generation retweets.

The Shareathon is separate from any other incentive program currently in place. For official rules and to learn more, click here.