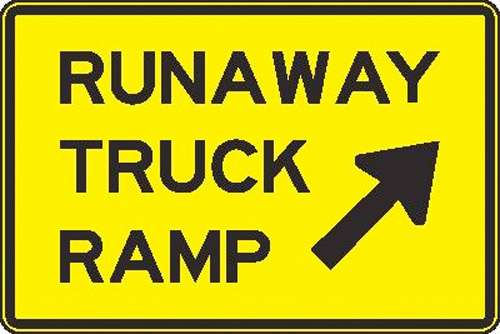 It’s a scenario we’ve all talked about sometime. You’re driving along and your accelerator gets stuck on “Give us Warp Seven, Sulu” and you are a helpless passenger in a runaway car you depend on daily to transport you safely. This happened to Greg Gill yesterday.
Advertisement

That was exactly the nightmare Coloradan Greg Gill experienced yesterday as he drove towards Denver on I-70, near the exit for the mountain town of Empire, CO. Apparently the accelerator control got stuck in the pedal-to-the-metal position,failing to return to the idle position when he removed his foot. Stomping on the brakes all the way, he was still forced to weave through traffic at up to 100 mph.

Why didn’t he pull out the key? Most cars won’t allow you to remove the key unless it is in the off and locked position. Then again, can't you just turn the engine off while in drive? (Fresh video released 8/20 showed Troopers advising Gill to turn the car off and that he was unable to do so.) Why didn’t he take it out of gear? When you’re traveling 100 mph in a car with an automatic transmission, can you switch the tranny to neutral, if it occurs to you in a panicked mental state? We’re not sure having never tried such a thing, but it seems a viable solution.

In any case, Gill was conscientious enough to call 911 when the malfunction occurred. He was apparently descending Berthoud Pass on the way to I-70 when he first noted the problem. If you’ve ever driven this mountain road, with its winding curves and hairpin turns, it’s a wonder he escaped unscathed.

“I flew by vehicles and went into the right median and the left median and everything I could do to just get around people without causing any kind of accidents,” Gill told representatives of CBS4 KCNC. “Fortunately there were no accidents; no one was injured at all.”

He wasn’t alone in the car as he had man’s best friend along for the ride. We hope the pooch thought it was all a big adventure – the alternative consequences would make the nightmare all the more disconcerting.

In any case, after the State Troopers arrived to keep people at a distance from the runaway car, he entered one of the many runaway truck ramps on I-70’s down slopes, ran up to the top and then slid over the side, finally coming to rest after hitting a State Patrol SUV.

No mention was made of the make of the runaway car or if it is among the vehicles known to have such problems.

The incident shut down the eastbound lanes of the interstate for two hours.

If you live in Colorado long enough, you're bound to have encounters with white-knuckle driving, but Greg Gill’s adventure is one for the books.
That no one was hurt resulted from a benevolent Deity and one darn good driver.