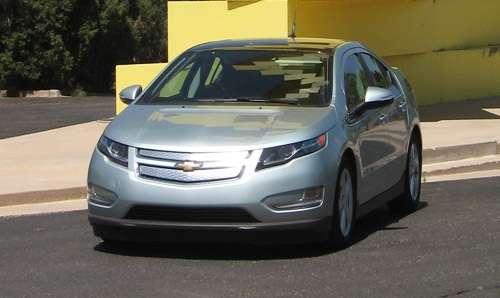 The six most overlooked cars for commuters

Here are six overlooked cars that could make our daily drive better, but generally don't just because they are new, somehow different or don’t fit the image we want.
Advertisement

Though we can’t completely avoid an emotional connection with what we drive, it makes sense to approach buying a car with a little common sense and an open heart.

Consequently, here is our list of cars that deserve a little more consideration, in our humble opinion. Most people spend between 5 and 30 hours per week just commuting to and from work or simply chauffeuring kids about. The car you drive can greatly add to or detract from your overall quality of life.

Chevy Volt
Perhaps the most advanced car on the road for under $40K, the Chevy Volt has failed to sell for reasons beyond comprehension. It is new technology, but seems just like the cars you’re used to. It does not need any new infrastructure and has an unlimited range just like a gasoline car, but it burns the fuel much more efficiently.

At an Chevrolet press dinner last week, Christi Landy, Chevrolet Product Marketing Director for Volt, Sonic and Spark, told the assembly the average Volt owner gets 900 miles between fill-ups, seeing a gas station only once a month.

All you need to charge it is a standard electrical outlet within 12 feet of where you park. One acquaintance told us of a friend who works in areas where no electricity is available for charging. He drives 32 miles to his workplace, unfolds a solar panel on the roof and plugs it into the car, thus gaining enough power during the day to drive back home via clean, free solar energy. If it’s cloudy, he used less than a gallon of gas to get back home and recharge.

Perhaps a little technical for some of us, but everyone understands a $7500 tax deduction. In Colorado, you can add a $6000 state credit to that one. In simple terms, the Chevy Volt makes perfect sense for a lot of people completely unaware of that fact.

Nissan Leaf
Though a car for those willing to make the leap to new technology, it’s not that new since hybrids have been using batteries for 15 years, with a failure rate far less than one percent. It just not good for long trips, but it is well suited to the average commuter with a 100-mile range.

It is a lifestyle change – like a cell phone is a lifestyle change – liberating you from big fuel bills. You will quickly learn where to plug in outside of home and that the only reason you haven’t noticed the growing EV infrastructure is not looking for it. The Leaf owner can actually save enough to pay for another car to drive on those long trips across the plains or over the mountains. Or just fly to visit family or friends with the money you save on gas.

Toyota Venza
For the commuter that needs a bit more room and all wheel drive, the Toyota Venza delivers the definitive combination of car and SUV, without compromising fuel economy.

With a base price of $27,425, EPA estimated 24-mpg combined, seating for five and 70.2 cubic feet of cargo space, the Toyota Venza is the vehicle for the busy family on the grow.

Great safety, comfort and all weather versatility in a demurely attractive package, and now available over the next three week at zero percent interest up to 60 months, with Toyota Care covering all warranty mandated maintenance for 2 years or 25,000 miles.

Despite this, only 38,904 sold in the U.S. last year even though many buyers would be delighted to own one and just don’t know it.

Ford Focus 5-door
Though just over 175,000 units sold last year including all eight models, except the new all electric Ford Focus. We’d like to focus attention on the 5-door models as the overlooked options for the urban commuter.

Starting at $18,300 for the SE 5-door, the 31-combined mileage runabout features the 2.0L Ti-VCT direct-injection I-4 engine that creates performance and economy in a seamless symbiosis of design. We like the 5-door models for their urban versatility and style.

Toyota Sienna
Minivans generally have a bad reputation among even wannabe auto enthusiasts, but the Toyota Sienna doesn’t deserve it. Frankly it performs crisply despite its size and top-heavy configuration – so you can easily forget it’s a minivan.

While functional for the mother hauling the school Lacrosse team, you won’t have to cajole dad into driving once in a while. He’ll secretly love it – drifting through corners in the Sienna will actually quiet up to seven adolescents momentarily – followed by screams of glee. The real trick with dad will be to keep him from painting rally stripes and adding racing stickers to it.

Perhaps the word is out and the Sienna isn’t really being overlooked. After all, the brand sold 111,429 of them in the U.S. last year. The point here, is if you’re going to buy a minivan, don’t overlook this one.

Fiat 500
The little Italian car has suffered since its U.S. reintroduction from the reputation gained in the 70’s and 80’s, when the brand name was derided as an acronym for “Fix it again, Tony.” Problems with rust and unreliability plagued them at that time but they weren’t the only automakers to suffer during that period.

Like many other brands, Fiat has made great strides in the 29 years since they left the U.S. market and is now building a highly overlooked vehicle despite delivery of reliable performance and economy for the urban commuter.

Though the little cinquecento has not yet found the cult following enjoyed by the Kia Soul or Scion xB, it may not be long in coming. When driving a red 500 Sport recently I ran into another owner with the very same model and color of car, only too willing to share experiences and quickly bond as automotive compadres.

He asked about my mileage and I simply replied 27 to 32 – he concluded I never drove in normal mode. “We get much more than that he replied.”

I didn’t bother to tell him the mileage I got was probably much better than that, but I hadn’t been driving it for economy and didn’t actually know the correct answer to his query.

The car you drive has the power to either add or subtract from your quality of life. It can make your daily drive a joyous thing or soul-robbing drudgery. It can take money from your other dreams and the ones you love or provide money for them.

We spend a lot of time every week in our cars and it is probably one of the largest purchases made – it warrants considering the watchwords of sustainability: Reduce, recycle, reuse and, most importantly, rethink.