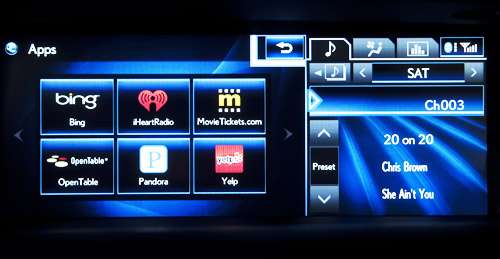 Six features you should find in your new car in 2012

As the impetus to innovation increases and makes safer the cars we drive, the new and refreshed features tend to come in annual waves. Here’s a list of the features any car you buy in 2012 should have. If any are missing, maybe you should keep looking. Improved fuel efficiency and safety are the hallmarks of modern motoring.
Advertisement

Mark Phelan of USA TODAY and the Detroit Free Press compiled a list of five features to look for which we’ve expanded to six while adding the Torque News touch.

Stop-start
Something in the DNA of the hybrid has found its place in the non-hybrid vehicle. One of the advantages of hybrid was the fact the combustion engine would cease operation at low speeds, when electric drive was sufficient. This meant the bean counters greatly underestimated the time it would take to repay the added cost to people who are daily victims of rush hour gridlock.

In the name of fuel efficiency, many cars now have this capability generally known as stop-start. It will shut down the engine at traffic lights and stop signs, while quickly restarting when you depress the accelerator. In the old days of big sedans and large engines, it was commonly thought starting the car took more gasoline than idling a few minutes. Today, this is known to be untrue, whether or not it was way back then. The Mazda 3, among others, already features this system, which should show up on many more models in 2012.

More and more airbags
The smaller the car the more airbags you should have. Beyond the passenger and side curtain bags, now front-seat knee airbags are more common. From the Chevrolet Sonic to the Buick Verano and Toyota Camry, knee bags come standard. Yet to come are thorax-protecting bags front and rear plus rear inflatable seatbelts, like those Ford developed, are excellent injury protection. To that you can look for a center-mounted bag designed by General Motors that keeps front-seat occupants from bumping heads. Some automakers may even add airbags into the back of front seats to keep rear-seat passengers from impacting them. The world has finally learned what Volvo knew all along – safety sells cars.

Casual voice-recognition
Voice command systems have evolved from a few preprogrammed commands that had to be very closely mimicked to systems that accept a wide range of wording and inflection. Someday this technology will even know if you’re drunk and shut down altogether.

New systems like Lexus Enform will download cloud based apps to your smartphone, making them available via the car interface and voice command system whenever the phone is in the car. Transportation Secretary Ray LaHood has finally come around to supporting hands-free systems instead of a largely unenforceable and ignored prohibition of phones. Buick, Cadillac, Chevrolet, Ford, Hyundai and Toyota all have systems making phones interface seamlessly with your car.

Simpler infotainment controls
Ford has greatly improved MyFordTouch with a new visual interface that is much easier to understand and manipulate. The Lexus Enform system’s new look and usability does it one better. Eventually these systems will control everything from the climate to the seat position to the windows and everything, but that will require still more improvements in voice command and automotive computerization.

Smaller, more powerful engines
The combustion engine in many ways has come along further in the last 10 years than it did during the previous century. Small engines utilizing technologically advanced fuel injection and the addition of turbochargers means the same level of performance and output can be produced by a much smaller engine.

The new Ford EcoBoost engine gets so close to hybrid-level efficiency, the brand won’t even build a hybrid version this year. Both Ford and auto consumers are so impressed with this engine, you find it an option on everything from the Focus to the full-size Explorer and F-150 pickup.

Accident avoidance
One of the foremost developments in accident prevention comes thanks to proximity sensors used for Blind Spot Alerts and Lane Departure warnings. Though not widely standard equipment as yet, these systems are available as options on many models and smart selection for the buy concerned with safety.

Rearview cameras have become fairly common and are quite helpful. Watch for curb view cameras, infrared systems that detect pedestrians or large animals in the dark and road scanners that adjust suspension and throttle settings automatically for conditions.