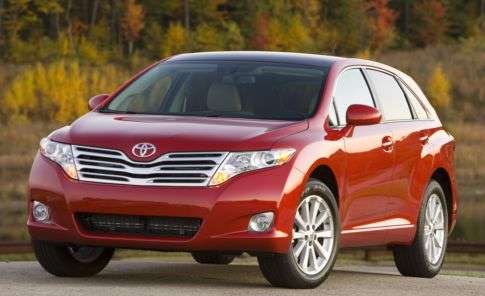 An SUV driver that loses control can do a lot of damage both outside and inside the vehicle, which is why some models can be pricey to insure.
Advertisement

Consequently, the level of safety features in an SUV that tend to limit the likelihood or extent of the damage in such an event can have a great impact on your costs.

“SUVs are much more difficult to drive and are likely to cause more damage to property and persons if involved in an accident due to its heavy construction, said David, a manager at Insure4USA.com, according to a recent post on SBWire.com. “However, that doesn’t mean that owners have to bear the brunt of exorbitant insurance premiums. There are many models that attract affordable insurance since they are narrower. The key is to make sure that your SUV is loaded with safety features so that three are less chances of death or injury in an accident. So, to start with, choose the right model that will help lower your monthly insurance bill.”

The sort of safety features they are referring to are braking systems, like anti-locking and electronic force distribution systems, as well as stability and traction controls. Collision crumple zones, anti-rollover systems, active head restraints and airbags also contribute to overall safety of those within and without of the vehicle.

Fortunately, if you really need a new SUV you don’t have make a checklist and perform elaborate calculations to figure which one will cost the least to insure, because the Insurance Institute for Highway Safety (IIHS) has already done that for you.

They annually publish a guideline indicating the safest SUVs according to their trials. For 2011, 25 SUV models made the list, all of which featured electronic stability control and extra safety features like head and torso airbags as well as improved roof structures. SUVs making the IIHS list will generally cost less to insure than models that do not pass the Institute's testing.

Models not on this list are not necessarily unsafe but rated poorly in one or more categories and that may increase your insurance payments. These include the BMW X3 and X5, GMC Envoy and the Toyota 4Runner and Highlander for unspecified reasons.

Insurance rates will also be higher for SUVs with a higher incidence of theft. The Highway Loss Data Institute (HLDI) keeps track of these things and SUVs are popular targets. According to the HLDI, the most stolen SUV models include the Chevrolet Tahoe, the GMC Yukon XL and the Cadillac Escalade.

Other factors affecting auto insurance premiums include the cost of repairs, which vehicles produce the most expensive collision claims. Even the safest SUV can be charged a high rate if replacement parts are expensive.

All of that goes into the equation determining your costs along with factors like location, driving record, age, gender, experience level and average miles driven.

If you know what you’re shopping for, it’s a good idea to shop for insurance quotes on that model beforehand in order to accurately predict you cost of ownership.