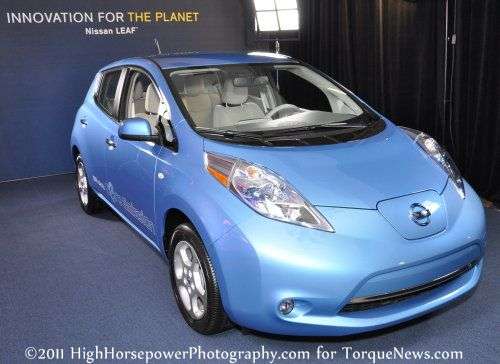 According to initial research performed by Mineta Transportation Institute, environmental concerns rarely influence vehicle choice in America. Buyers tend to rate safety, reliability and comfort higher, but that is largely because the impact of that choice is not readily apparent.
Advertisement

Of course their study, conducted in Sacramento among environmentally-conscious citizens, seems to overlook the 3 million hybrids the Toyota Motor Corporation has sold over the last ten years – not to mention similarly “green” vehicles sold by other OEMs.

"Though most Americans hold pro-environmental attitudes, their behavior toward vehicle ownership doesn't always reflect that," said Dr. Flamm. "Significant constraints appear to prevent them from buying smaller, more fuel-efficient, less-polluting vehicles. But researchers have only a simplistic understanding of what those constraints are and how individuals describe and react to them."

This study explored these limitations psychologists refer to as an "attitudes-behavior gap" in depth through a series of focus group discussions with 36 residents of the Sacramento, Calif., metropolitan region with pro-environmental attitudes.

We take issue with Dr. Flamm’s assertion that “most” Americans are pro-environment and think this reflects a distinctly West Coast attitude. Folks in the heartland are not necessarily so sold on sustainability.

The academic analysis of the study reportedly revealed the vehicles currently on the market, family and work responsibilities, residential choices, personal routines and preferences all limited vehicle choices to ones poorly reflecting their pro-environmental stance. The discussions revealed serious misunderstandings about the environmental impacts of owning and using vehicles, making it difficult to accurately assess the sustainability of different choices.

The key conclusions were that pro-environmental concerns rarely became important when people bought a new or used vehicle. Many people perceived significant downsides to buying fuel efficient, low emissions vehicles and there’s mixed evidence on the potential for green attitudes to significantly influence patterns of vehicle purchase and use. For some the relationship between automobiles and the environment was unlikely to be a priority because other factors took precedence, such as safety, comfort, and reliability.

Nevertheless, the study suggests providing more accurate information to buyers about the environmental impacts of vehicles during the purchasing process could influence some choices and could be a useful strategy in linking environmental attitudes and vehicle choices more closely.

Manufacturer efforts to design and market vehicles with the features and functionality consumers want while using less energy and polluting less are important to making the purchase of sustainable vehicles easier. Policy-makers can help to facilitate this by making it cheaper and more convenient for vehicle buyers to own vehicles with smaller environmental impacts.

Further research is needed to test whether the results from this qualitative research project hold true for larger populations. The complete report is available for free download from the Mineta Transportation Institute.