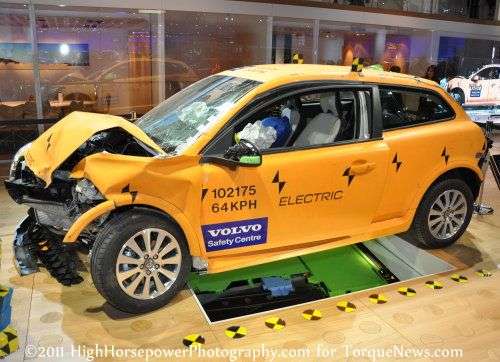 Almost all the systems in the automobiles of today are monitored by an on-board computer. From the airbags to the tire pressure monitor, proprietary software is watching over it from under the hood. That fact tends to limit the vehicle owner’s options when it comes to repairs simply because only the dealer has the diagnostic codes.
Advertisement

To address this virtual chokehold on the business of repair, The Right to Repair Act is under consideration in the Connecticut legislature. Proposed Bill No. 160, introduced by Senator Martin Looney, requires car companies to share diagnostic codes with independent repair technicians.

"Today, nearly every vehicle system, from air bags to tires, is controlled or monitored by on-board computers," said Aaron Lowe, vice president, government affairs for the Automotive Aftermarket Industry Association (AAIA). "While these computers provide important benefits in terms of safety, fuel efficiency and convenience, they also have provided the vehicle manufacturer with the ability to control who perform repairs."

Lowe was testifying before the Joint Committee on General Law and urged passage of the bill to ensure independent shops can repair today's highly sophisticated computer-driven vehicle systems.

Right to Repair legislation is now under consideration in Connecticut and a few other states and would require car companies to make available, at a fair cost, the same tools and information franchised dealers possess, ensuring consumers have a choice of repair shops.

"The basic concept behind Right to Repair is that a car owner who spends an enormous percentage of their household savings to purchase a new or used car, should have the ability to determine who repairs their vehicle, whether it's the new dealer or the independent shop. In the current scenario, the company has all of the power to make that determination," Lowe said.

Manufacturers have argued the legislation forces them to give away trade secrets.

"Right to Repair legislation provides extensive protection for car company trade secrets and the car companies have never been able to point to a provision in any of the current bills that has the potential to violate their intellectual property rights," Lowe concluded.

About Right to Repair:
The Motor Vehicle Owners' Right to Repair Act protects motoring consumers from a growing and potentially hazardous vehicle repair monopoly by requiring vehicle manufacturers to provide full access at a reasonable cost to all non-proprietary service information, tools and safety-related bulletins needed to repair motor vehicles. The legislation provides car companies with protections for their trade secrets, only requiring them to make available the same diagnostic and repair information they provide their franchised dealers to the independent vehicle repair market. For more information about the Right to Repair Act, visit righttorepair.org.