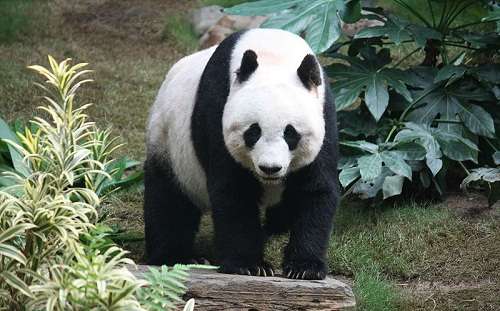 A microbe that helps Pandas break down their diet of bamboo into usable nutrients may hold the key to the production of ethanol from plants, based on the work of several researchers, according to a report on 9News in Denver last night.
Advertisement

The scientists were part of a panel at the American Chemical Society convention in Denver. “It’s probably one of the most pleasant forms of fecal matter to work with,” said Ashley Brown, one of the researchers. “We have worked with other poo and this has almost a sweet aroma associated with it.”

She and Candice Williams are working with microbes found in the Panda’s excretions that enable the genetically defined carnivore to live out its herbivorous lifestyle.

“If we can make this into something more efficient at breaking cellulose down, we’ll lower the cost and make biofuel cost effective,” Brown added. “We hope it sends the message that – don’t think twice – everything on the Earth is important.”

This news comes right on the heels of Tulane University’s announcement last week that researchers there have discovered a strain of bacteria that can turn newspaper into butanol.

Unlike other bacteria that accomplishes this feat, this microbial agent works in the presence of oxygen. It was also found in a dung heap and is identified as TU-103 in honor of the institution.

“Cellulose is found in all green plants, and is the most abundant organic material on earth, and converting it into butanol is the dream of many,” said Harshad Velankar, a postdoctoral fellow in David Mullin’s lab in Tulane’s Department of Cell and Molecular Biology. “In the United States alone, at least 323 million tons of cellulosic materials that could be used to produce butanol are thrown out each year.”

Butanol is more energy-dense that other biofuels and can be used in your combustion engine with no modification. Add to that the fact it burns a bit cleaner.

“This discovery could reduce the cost to produce bio-butanol,” said Mullin. “In addition to possible savings on the price per gallon, as a fuel, bio-butanol produced from cellulose would dramatically reduce carbon dioxide and smog emissions in comparison to gasoline, and have a positive impact on landfill waste.”

What they’re not saying is with this process we may eventually make fuel from ditch weeds and if there’s anything we have a surplus of it’s weeds.

Science marches on in the quest to fuel our cars.

Tesla-Funded Research Reveals One of The Biggest Mysteries of EV Battery
Tesla Tesla Buyer Nets a Whopping $12,000 Discount After Asking for Reduction
END_OF_DOCUMENT_TOKEN_TO_BE_REPLACED