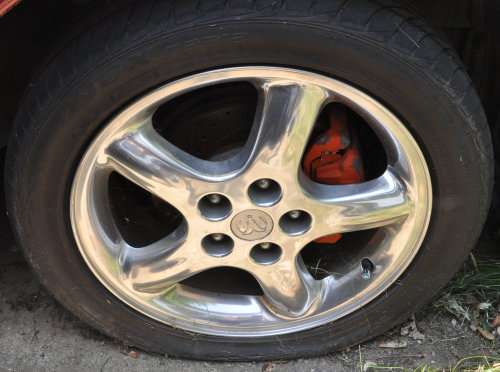 Over half British drivers have misplaced car at least once

In an interesting study of why people call for roadside assistance, Confused.com discovered one of those reasons is forgetting where you parked the car and wanting the helpline operator to find it. Other significant reasons included running out of gas or putting the wrong type of gas in the tank, with potentially disastrous effects.
Advertisement

The Confused.com survey found the common mistakes of UK drivers, leading them to phone roadside assistance, for example, 25 percent of drivers have locked their keys in the car and 10 percent have called for help with the problem.

Adding the wrong fuel has happened to over 10 percent of Brits, with half also calling for assistance. A small number also admitted to calling when their car fails but when they get lost (3.5 percent), lose their car (3.5 percent) or the navigator is acting up (2 percent).

Help changing a tire (21percent) or adding oil or engine coolant (13percent) are other reasons drivers have called their service.

Women forget where they parked most often

When it comes to forgetting where they've parked, women are worse than men by 20 percentile – 63 percent of women admit losing track of where they parked, compared to 43 percent of men.

"This survey just goes to show how much people use and appreciate their breakdown coverage, especially when they get themselves in a potentially embarrassing situation, said Gareth Kloet, of Confused.com. Shopping around for breakdown coverage by using a website like Confused.com can make it more affordable, although it's no substitute for remembering where you parked."

According to the survey of 2,000 drivers, which was carried out at the end of May 2011, roughly a quarter of all drivers, both men and women, do not have any roadside assistance coverage.

For Some Former Daimler Managers Daimler Is Authority, While Tesla Is Like a Startup
How Daimler Unintentionally Subsidizes Tesla Giga Berlin
END_OF_DOCUMENT_TOKEN_TO_BE_REPLACED