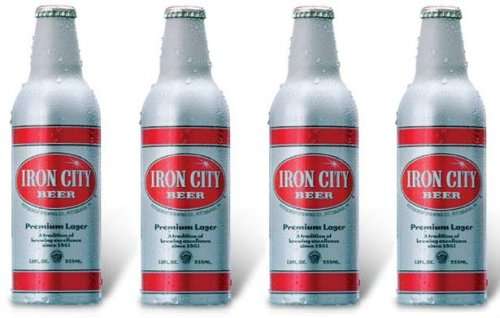 In the process of complying with CAFE requirements automakers will essentially need to spend about $157 billion to double their fleet’s fuel efficiency. This will likely lead to years of rising sales for makers of aluminum body panels, turbochargers and other light weight components.
Advertisement

Based on a Bloomberg report posted on the Pittsburgh Tribune's website, most of this will be achieved by making internal-combustion-engine vehicles lighter and more efficient – even for brands with considerable sales of hybrids and EVs, according to Zoe Lipman, senior manager for transportation solutions at the National Wildlife Federation Climate and Energy Program.

Automakers will use turbochargers to add power and efficiency to smaller engines – as Ford has done with their EcoStar engines – and stop/start technology that shuts engines off at idle. It will also require increased use of aluminum and high-strength steel throughout the fabrication process.

"You're going to have to make consistent changes across all types of vehicles," Lipman, who is based in Washington, reportedly stated. "It means you can't just reach the standard by making 10,000 electric vehicles. You've got to also improve fuel economy in trucks, in minivans."

The net result over time could be to fulfill the ancient alchemist’s dream by turning aluminum into gold. Alcoa Inc., Johnson Controls Inc. and Honeywell International Inc. stand to reap the benefits of the investments of Ford, Toyota and General Motors, as well as others.

Personally, I was a born recycler. As a small boy, like many others, I had a paper route – except I didn’t deliver the dailies, but collected them later. I had a regular route in my neighborhood I would visit weekly, returning with my little red wagon full of papers to be stacked along one wall of the garage. When the wall was covered, my father and I would load them into a trailer and take them to the recycling plant.

This money, and half of what I made working at the local bowling alley or amusement park, went into a college fun. By the time I graduated high school the fund was sufficient to pay for my first three years’ college tuition.

Since then, I’ve been recycling cans. It never really made lots of money, but I understood a system based on perpetual growth and consumption could only lead to a dead end at sometime in the future on a world of limited resources.

Last time I dropped off about eight 30-gallon bags of cans I got $18.36. That pays for six gallons of gas right now. So suppose you squash whatever cans you use and start filling a large space with them. In just five years a roomful would probably pay their rent as the price of aluminum rises.

Right now cans bring about 83¢ a pound, which is about 19 cans. One pound of aluminum can replace up to 3 pounds of steel in a car. The compact cubes the recycler makes are about 40 lbs. A top of the line trash compacter could possibly crush yours up into easily stackable cubes. So a wall of cans in the garage could cover the extra cost of one of these higher efficiency cars in a few years.

The 54.5-mpg standard is expected to create 484,000 jobs in the United States alone, including 43,000 in the auto industry, according to a July study by Citigroup Inc. and Ceres, a network of investors, environmental groups and public interest groups focused on climate change.

The rules will cost the automakers about $157 billion, adding about an $2,000 to the price of the average new passenger vehicle by 2025, regulators stated in the proposed rule released Nov. 16. Savings of up to $419 to $515 billion in fuel would balance the cost to consumers.

Alcoa is the largest producer aluminum in the U.S. and predicts the percentage of aluminum used in vehicles to double by 2025, according to Randall Scheps, marketing director for Alcoa's transportation market sector. Today’s automobile contains roughly 340 pounds of aluminum, totaling just 9 percent of the total curb weight.

"The body structure of the car will shift from steel to aluminum," he said. "That's what the aluminum industry has been waiting for quite some time."
By 2025, Alcoa forecasts the amount of aluminum, which is lighter but higher priced than steel, will rise to 550 pounds in the average car, or 18 percent of its weight.

This will go into body parts, engine blocks, wheels and transmissions stated, Alcoa CEO Klaus Kleinfeld in a third-quarter earnings presentation.
Alan Baum, an industry consultant at Baum & Associates in West Bloomfield, MI added his opinion, stating that using plastic resins may be still lighter, yet even more expensive, while electrical components that replace hydraulic parts may cost more, but will reduce fuel consumption via weight reduction.
Currently, aluminum for delivery in three months costs $1,996 for a metric ton. So that wall of aluminum can cubes adds up to the extra cost of a high mileage car in 2025.

There are very few things you can count on in this world, but one of those is the value of aluminum will go up. My parents used to refer to a person’s backside as their can. So just saving cans could ultimately save your can, so to speak.

So when you see someone out collecting pop and beer cans this year, don’t be too quick to look down your nose at them – maybe they are just pursuing their investment strategy.

Please note this post is only half serious, with tongue firmly in cheek for the other half.

Don M. Bain, PE wrote on January 3, 2012 - 10:07am Permalink
Don, As a person who shares the same name, I appreciate your writing and work -- it certainly raises our brand on the internet. As an engineer interested in energy and efficiency, I especially appreciate this article. Yes, we are going to have to address the platform physics of the automobile to get at the breakthroughs needed. I encourage you to look at Amory Lovins' work at Rocky Mountain Institute for an excellent body of work on how to engineer dramatically higher efficiency vehicles. Keep up the good work. Don Bain