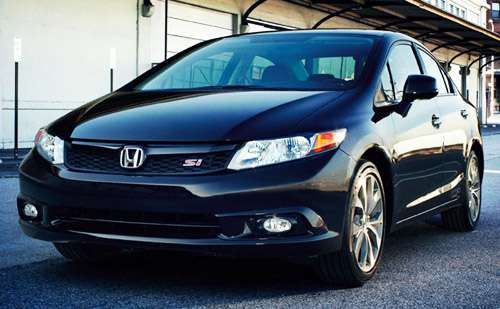 Natural gas fueling to get boost in 2012

The use of natural gas as a fuel for vehicles has not gotten far primarily due to the lack of refueling stations that deliver the compressed or liquid fuel. During 2012 and the next couple years, T. Boone Pickens, famed industrialist and proponent of natural gas usage, intends to install pumps at 150 truck stops nationwide to service the growing number of commercial vehicles capable of running on the liquid form of the gas.
Advertisement

In recent years, discovery of vast reserves of the cleaner burning fuel are such that the U.S. may actually export a surplus of the gas. Supplies are estimated in terms of trillions of cubic feet, according to a story by Alan Sayre of The Associated Press.

So far the foremost users of natural gas fuel are large commercial vehicles, such as fleets of buses, taxis, and garbage haulers. A small percentage of interstate commercial haulers use the liquid form in their semi-trailer trucks.

The only commercially produced car using natural gas available is the Honda Civic GX, now called the NG. It has only sold about 1,000 units per year over the last 13. Again there are few places to refuel and automobiles require the gas in its compressed form (CNG), meaning the pumps at truck stops won’t help owners of CNG vehicles.

Still the simple fact is the pump price of natural gas can run $1 to $2 less per gallon than gasoline and burn cleaner with no loss of power. On the other hand, natural gas vehicles, like hybrids, usually cost a bit more.

In contrast, if you make your living crisscrossing the country in a tractor-trailer rig, the buck or two at the pump can add up to a lot of cash in a year’s time. That’s why most of the country’s natural gas vehicles are gas-guzzling big commercial vehicles.

Rich Kolodziej, president of the trade association NGV America, reportedly put it like this: a driver putting 12,000 miles a year at 25 miles to the gallon will use about 500 gallons of gas per year. Then again, a diesel-driven 18-wheeler will travel up to 120,000 miles a year at six miles per gallon, totaling up to 20,000 gallons. Take that number times $1-$2 and you can see how it can impact not only the trucker’s profits, but also the price of goods in the local big-box store.

The fact that liquid natural gas tends to be used in commercial trucks while compressed natural gas is used for cars is just a matter of tank space. Big trucks have bigger fuel tanks than passenger cars.

“The big reason that they work well for fleets and not the average person on the street is that most fleet vehicles are used for relatively short trips,” said John O’Dell, senior editor at Edmunds.com. “They go back to the barn in the evening where they have a refueling station that can handle them.”

According to Kolodziej, there are roughly 180,000 gasoline outlets, but only 1,000 where you can fill up with natural gas. That’s why Pickens is envisioning a pot of gold at the end of the natural gas rainbow.

His Clean Energy Fuels Corp. (CEFC) is taking on a significant expansion of natural gas availability, planning to add liquefied natural gas pumps at 150 truck stops throughout the country during the next two to three years.

Obviously CEFC is looking at the long-haul trucking industry with its truck stop plan.

Harger and other natural gas proponents are hoping pending congressional legislation will provide tax credits to cover 80 percent of the added cost of the tractors, encouraging their adoption. The five-year bill reportedly would cost about $1 billion a year, but would have the greatest immediate effect on oil consumption in the U.S. We spend $1 billion every day on foreign oil.

“This will help jump-start this industry,” he said.

C.R. England, a major refrigerated carrier, has recently begun the use of liquid natural gas tractors for five of its rigs in Southern California, out of 4,000 the company owns, according to Tracy Brown, an operating director for the firm. The liquid fuel is readily availability there thanks to dedicated Clean Energy refueling depots. The rigs run between Los Angeles and Las Vegas.

Without revealing what the Salt Lake City-based company paid for the tractors, he indicated the fuel cost savings would pay off within a year or two. Depending on what diesel costs, the company can saves $1.50 to $2 per gallon on natural gas, without using any more fuel.

“They are much cleaner, they are much quieter,” Brown said of the new tractors. “We haven’t noticed any power reduction from the diesel engines. We’re very pleased with these.”

As far as Torque News is concerned, anything that helps reduce emissions, promotes employment and helps to keep down the cost of goods is a good thing.