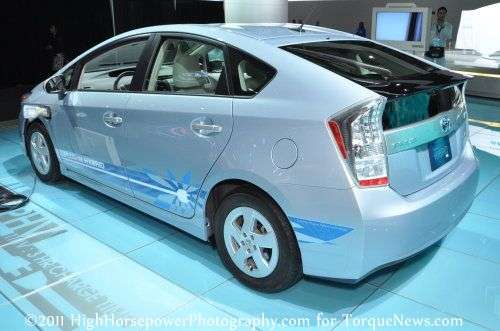 The National Auto Dealers Association (NADA), the preeminent resource for auto professionals, expects the price of gas to have an across-the-board effect on the price of used cars and trucks, as well as trade-in values.
Advertisement

"The upward trend in gasoline prices will have an impact on consumer preferences for vehicles and will impact used-vehicle prices, but it will pale in comparison to the situation in 2008, when gasoline prices last spiked," said Jonathan Banks, executive automotive analyst for the NADA Used Car Guide.

Then again, who can say what the ultimate effect of recent events in Libya, the Tohoku earthquake and tsunami plus Japan’s closely watched nuclear reactors will be?

"The impact to vehicle production from the earthquake in Japan will limit the supply of many fuel-efficient cars like the Toyota Prius," Banks added. "These vehicles were already tight on inventory and over the next month demand should easily outstrip supply in the new market, driving more consumer demand towards used cars and trucks.”

The memory is still fresh of the last time gas reached $4 a gallon – $40,000 SUVs would scarcely sell for $14K. The Toyota Prius and other high mileage vehicles were the new road warriors. Remember the advertisements of the KIA SX-4 wearing a cape as it sped about town lightly sipping its petrol?

"Historically, a sharp increase in fuel prices has been followed by a decline in large, used SUV prices and conversely, resulted in an increase in prices for used compact cars," he said.

Last month, auction prices for compact cars increased about 3.1 percent or more, based on the model year. Prices for full-size pickup trucks and SUVs were flat compared to January, a departure from the normal seasonal increase of about 2.5 percent.

The latest data posted by AuctionNet March 15 shows fuel-efficient vehicles such as the Honda Civic and Chevrolet Cobalt continuing to increase. The value of small cars is up from 4 to 6 percent and several Hyundai or Kia models have posted increases over 6 percent this month. Simultaneously, truck prices have remained stable and haven’t showed any sign of decline yet.

"Because of the recent spike in fuel prices, values for used compact and mid-size cars are increasing dramatically compared to the rest of the market," he added. "We expect prices of compact and mid-size cars to continue to increase because of the recent production disruptions in Japan. Lower production of popular-selling new cars will limit availability and drive more consumers into the used-vehicle market."

So if you’re planning to switch out vehicles to something that gets better mileage, the time is now. Whatever you’re looking for, it will cost more the longer you wait.