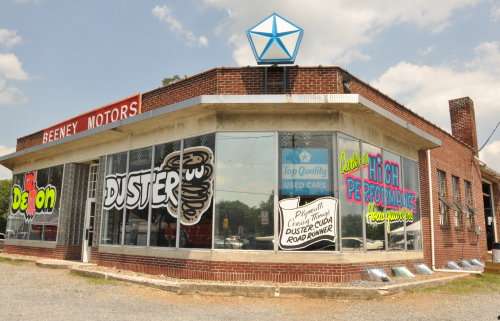 The National Automobile Dealers Association (NADA) has commissioned an independent study to take an in-depth look at the cost effectiveness of facility image programs requiring U.S. new car dealers to invest billions of dollars each year to conform to corporate standards.
Advertisement

After spending the last several months traveling the country, NADA Chairman Stephen Wade, has found the resounding concern of dealers, regardless of size or brand, is frustration with their manufacturer's facility image programs.

"These investments have a significant impact on dealer balance sheets, in many cases severely straining them and in some cases even persuading a dealer to leave the business rather than commit to such a large investment," said Wade, a multi-franchise dealer in Utah and California.

NADA is funding this fact-finding, objective study to uncover any positive or negative factors in terms of providing a return on investment, so dealers can make informed, rational and fact-driven decisions on facility improvements.

"The perception today is that the decisions made by dealers on facility investments are often based on opinions, pressure and personalities, which is no way to guide significant spending," Wade said. "We want to find out the truth so these important decisions can be based on facts, not perceptions."

At present there is little evidence that facility image programs provide any return on investment to either manufacturers or dealers. Facility programs are based on arbitrary reasoning such as, "the store image must support the brand" or "customers expect all our stores to offer a similar look and feel," he added.

Any real world economic arguments such as, "updated stores sell X more cars for every $1 million invested" or "CSI scores soar when a facility is upgraded," are completely absent.

"By moving the facilities debate away from opinion and assertion and more towards facts and data, we expect the findings of the study to be extremely valuable to dealers and manufacturers alike."

The study, conducted by industry consultant Glenn Mercer, should be completed by late November with a detailed White Paper to follow at year’s end. Mercer is a former partner with McKinsey & Company's automotive practice.