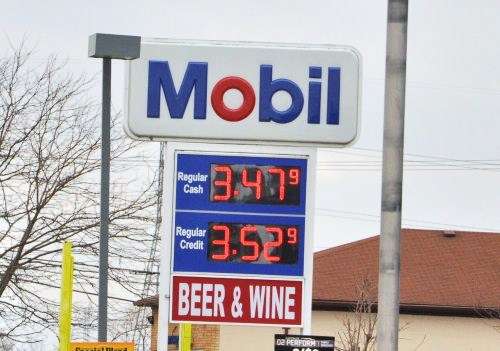 Meditations on the costs and benefits of oil

Chancing across a BBC news report on rebels bombing an oil pipeline in Columbia set us to reflecting on the various costs and benefits oil has created in our lives.
Advertisement

Obviously, the black goop resulting from Carboniferous forests of the ancient past has lifted us from the Industrial Age to one where Technology rules in all its glory. It’s has fueled the American economy, granted us unprecedented personal mobility and conquered the skies and the heavens beyond.

It has given us plastics and everything that means, from disposable cutlery to many of our tools and devices, including the helmets that protect automotive racers.

It helped America to outperform the USSR, ending the Cold War, winning via economic progress rather than military might. Ballistic missiles and MIRV warheads are expensive to maintain and it took a vibrant, dynamic economy to accomplish that.

When the Berlin Wall fell, one Soviet general remarked they would have been lucky if one in ten of their missiles made it out of the silo, and even then had little chance of hitting its target. They could no longer afford to maintain them.

On the other hand, it has given us the Exxon-Valdez, sporadic tanker and oceanic oil well spills, not to mention wars without end. Iran, Iraq and Kuwait are in the top four oil producers of the Middle East. There may have been more reasons involved in our wars in these nations, but oil was certainly part of the equation.

Much of the current political state in the Middle East is the result of the CIA’s replacement of Prime Minister Mohammad Mosaddegh for the crime of nationalizing the holdings of the Anglo-Iranian Oil Company, now known as BP, creators of the biggest oil spill in history.

In his place Mohammad-Rezā Shāh Pahlavi was elevated, because of his friendliness to Western business concerns, notably oil companies. He remained in power until overthrown by the Islamic revolution of Ayatollah Ruhollah Khomeini. In the long view, it’s a toss-up which one was worse.

When America went to the rescue of Kuwait, it was for the freedom of an invaded and occupied people. Did anyone really believe that?

Now we’ve been involved in wars in Iraq and Afghanistan for years. The latter has no oil, but wasn’t Osama Bin Laden radicalized by his perception of how Western oil companies had corrupted the ruling Saudi Arabian family? The connection between the Bush family and Saudi oil is well known.

The so-called Arab Spring has essentially deposed tyrannical rulers in Libya and Egypt, while the verdict still hangs in the balance in Yemen and Syria. Libya is the country with the sixth largest oil reserves, while Egypt is 13th. Yemen and Syria are 14th and 15th respectively. The business of oil has financed and kept autocratic rulers in place in these nations.

Meanwhile the wonderful plastic bags every retailer uses to bag your purchases are discarded and washed out to sea. Now the whole of the Earth’s oceans have a measurable plastic content. It’s not exactly healthy for the ecosystem or other living things.

All of this came to mind reading about FARC rebels in Columbia blowing up another oil pipeline. Despite increased and more effective security, the group was responsible for 84 such attacks in 2011.

Columbia has become the 10th largest supplier of oil to the US, delivering up to 365,000 barrels a day since last year.

The town of Tumaco has been left without electrical power by the rebels' demolition of eight power pylons recently. The FARC, who has sought to overthrow the Columbian government for over 30 years, is thought to be responsible for another 67 such attacks this year.

Politics and international relations are really not the focus of the Torque News site, but the relationship between power, politics and our daily lives is undeniable.

Oil is both a positive and negative aspect in our lives, but the cars we drive depend on it for the most part. The solution to this and many serious and related problems remains obscure.

Aaron Turpen wrote on August 20, 2012 - 4:35am Permalink
Afghanistan and Pakistan are a key route to pipelines to the Gulf and Near Asia. Owning Syria would give an open flight path from three directions into Iran, notably from the Mediterranean near Israel, and would mean Jordan would be surrounded as well. Less than 20% (closer to 15%) of the oil used in the United States actually comes from the Middle East. The EIA says that we import about 45% of our oil and more than half of that import is from this hemisphere - mostly Canada and Mexico. When you factor in all of the petroleum-related products imported and exported, the U.S. is actually a net exporter of oil. The wars in the Gulf have little to do with securing oil for ourselves or our national security and a lot more to do with securing the pipelines for the western profiteers.
Don Bain wrote on August 20, 2012 - 5:15pm Permalink
Let's not mince words. You are right that only a fraction of US oil imports now come from the Middle East, but that was not always so. If the pipeline carries petrol, it's about oil. If the profits of Western capitalists are from petrol, it's about oil. It's all about power and oil plays a huge role in the ongoing global scrimmage.