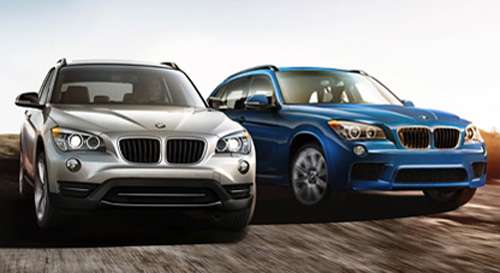 A luxury commuter is an oxymoron

Have you noticed the trend among luxury lines to smaller cars – the big boats we used to call land yachts are shrinking down to the size of mid-size sedans – or even commuter cars.
Advertisement

Of course, no brand is likely to refer to their vehicle as a luxury commuter, but has that ever kept the media from calling a kettle black?

When Mercedes-Benz introduced the new CLA in Detroit last week, it became the smallest vehicle ever offered in the US by the world’s oldest automobile manufacturer. However, the German brand isn’t the only line reducing the size of their vehicles as the onus is now on efficiency as well as luxury.

Offerings from Lincoln, Land Rover, BMW and Audi show a marked trend to putting smaller vehicles in the line. It’s not all about fuel though, as the trend also reflects the crowded urban environments we live in.

“If we want to grow and don’t want to lose our customers, we have to downsize,” Dieter Zetsche, Chairman of Daimler AG and chief of its Mercedes-Benz brand, told Paul A. Eisenstein of NBCNews.com today.

For that matter, Volvo’s C30 coupe could be called a luxury commuter with tongue slightly in cheek, but as it has a base of only $25,500, it’s really just a commuter from a premium line. It’s a good-looking one though.

Mercedes-Benz outraged some of the owners of full-size models when it first introduced the original C-Class, known as a Baby Benz back in the ‘80s. During the next decade, the brand ran the bare bones C-Coupe up a flagpole and no one saluted, even though the C-Class is one of the brand’s best selling products today.

Nobody was taking the bait when BMW released their bottom rung 318 model either. Both the BMW 318 and Mercedes-Benz C-Coupe were essentially no frills small cars with big brand badges – ergo, luxury commuters.

That’s why the M-B CLA has a lot more creature comforts in a smaller package.

Today, luxury is seen to be not so much a function of size, but rather one of technology and convenience, even though materials and workmanship still figure into the formula.

More evidence of the trend can be seen in other downsized European models like the BMW 1-Series and the Audi A2. The trend carries over into the luxury crossover segment where downsizing has always been an oxymoron. Now that the BMW X3 has proven popular with buyers, the brand has trotted out the even smaller X1.

When the first Smartfortwo and Scion IQ miniatures started hitting the streets, many automotive pundits referred to them as “clown cars.”

If our roads and cities continue to get more and more crowded, sooner or later it will be time to send in the clowns – or will we call them luxury commuters with a straight face?