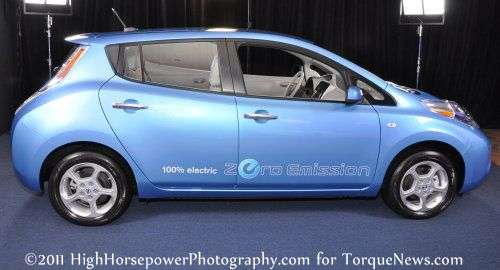 Gasoline prices have crossed the sensitive $4 a gallon price point in some parts of the country and people are cutting back their driving. With this in mind, the authorities at Kbb.com have selected what they consider the top 10 most fuel-efficient vehicles on the market today.
Advertisement

In addition, their latest survey data shows gas prices increasingly influence vehicle purchases for 35 percent of the buying public. Further, those who are considering a new car for no other reason than fuel economy has risen to 15 percent and 85 percent feel gas prices will be higher in the next 30 days. On average, consumers think a vehicle should get at least 26.2 highway mpg to be considered.

Rather than simply picking the Top 10 vehicles in fuel efficiency, the editors sought a variety of vehicles for the list, as not everyone pursuing greater economy will be happy with a hybrid or plug-in vehicle. To make the list, each vehicle had to offer fuel economy and low CO2 emissions for its class while providing all the safety, creature comforts and drivability that would make it a pleasure to own.

"The sheer number and types of choices in the Green Cars category have grown remarkably in the last year, with new plug-in electrically driven vehicles alongside an increased number of traditional gasoline-powered cars with improved fuel economy, as well as hybrids and diesels," said Jack R. Nerad, executive editorial director and executive market analyst for Kelley Blue Book's kbb.com. "Whether drivers are looking to be more environmentally friendly or seeking to save cash at the gas pump or both, the latest Top 10 Green Cars list from kbb.com offers a variety of choices to suit drivers' various Green Car wants and needs."

Kbb.com Top 10 Green Cars
2011 Nissan Leaf takes the top slot with a groundbreaking combination of range, room and price. The EPA says the Leaf will deliver 73 miles per charge and the equivalent of 99 miles per gallon. Recycled materials made from home appliances, old car parts and plastic bottles are used extensively throughout the vehicle. The limited range may be a problem for some drivers, but for those with distance parameters it can meet, the Nissan Leaf is the real deal.

The competing 2011 Chevy Volt takes the number two spot though some would argue the all-electric Nissan Leaf is greener. For the first 35 miles, the Chevy Volt is an electric car. Thereafter, a gas engine powers the car up to 379 miles. The Volt looks like the future and rates a 93-mpg equivalent

The iconic 2011 Toyota Prius, at number three, has recently passed the million-unit mark in U.S. sales with good reason. Well powered and featured, it gets a phenomenal 51/48-mpg rating. Though you can push its fuel economy by altering your driving habits, you really don’t have to – you‘ll still get mileage you can brag about.

Fourth place goes to the 2011 Lexus CT 200h, a sporty little hatchback. Though only as gutsy as the Toyota Prius, it's still more responsive and agile. In Sport mode you might forget you're in a hybrid as you navigate S-curves in the most affordable Lexus while still getting a combined rating of 42 mpg.

The fifth slot goes to the 2011 Honda Insight, the lowest priced hybrid on the market at $18,950 and topping out about $24,000 with navigation, Bluetooth and an upgraded audio system. The Insight's impressive 41-mpg combined fuel economy rating qualifies it is as the third most fuel-efficient hybrid on the road.

For more information and Kbb.com’s additional comments on the models, click here.