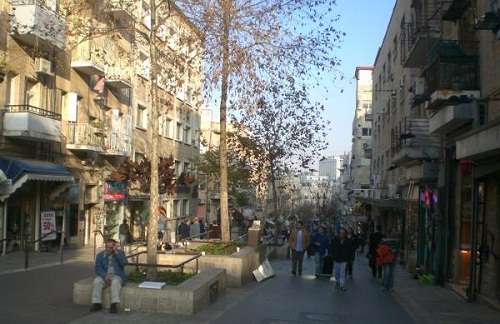 The Environmental Protection Ministry (EPM) of Israel is considering options to limit vehicular pollution of big cities in preparation for enforcement of the Clean Air Law, which went into effect three months ago, according to a report on Haaretz.com by Zafrir Rinat May 11.
Advertisement

They are examining measures to reduce air pollution recommended by consulting authorities. Barring polluting vehicles from inner cities is just one proposal being considered. Others include creating monetary incentives for taxis that use hybrid vehicles and further restrictions on idling vehicles.

The advisory group was chaired by Prof. Menachem Luria of Hebrew University. He has directed an extensive examination of actions necessary to the implementation of the Clean Air Law during the last three months. In conjunction, the private firm P.G.L. Transportation and Planning created guidelines for local authorities to reduce air pollution.

Though the Ministry has not completed their official examination, compliance will largely depend on enhanced and expanded public transportation plus sterner enforcement of current anti-pollution laws.

The provided guides are mainly concerned with vehicle emissions and several cities, including Tel Aviv, Jerusalem, Petah Tikva and Ramat Gan, are already at work to reduce pollution from vehicles.

According to the committee's preliminary report, Israel’s air pollution already exceeds the levels of most European countries.

The committee also advised a move to electric buses and a reducing taxes on electric cars.

The also suggested the government develop a national registry of respiratory diseases and their connection to airborne pollutants.

The P.G.L. study looked at pollution policies instituted in various cities around the globe, including Amsterdam, New York and Berlin. No-drive zones for smog producing vehicles in Israel's major cities were recommended. Such systems are currently active in both Berlin and Amsterdam, where vehicles are required to reveal their level of emissions on a clearly visible sticker.

Similar efforts have, in recent years, been blocked by inter-agency squabbling over logistics. The EPM has expanded powers to overcome these obstacles.

It was also suggested traffic lights should be synchronized to reduce stops and starts, when cars pollute the most. Additionally, motorists keeping their engines idling too long may be fined.

Though speed limits should be set for clogged urban thoroughfares, the report it warned that while posting signs is easy, success depends on strict enforcement of those limits.

The consulting firm also advised employers should subsidize worker’s public conveyance while simultaneously reducing car and parking benefits. Every 100 workers trading their car for a more earth friendly commute results in savings of NIS 85,000 a year, according to the report.

This may well be a reality in populous areas throughout the world over the next 10 to 20 years.