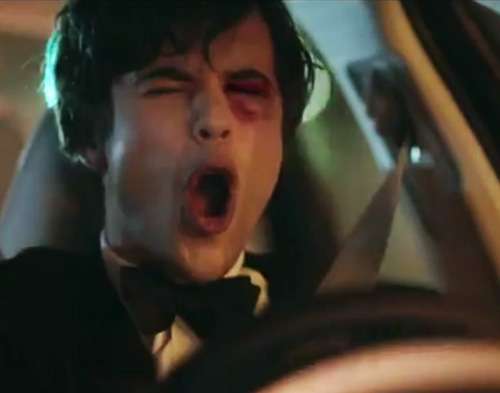 During the first half of yesterday’s Super Bowl, advertisements for automobiles, snacks and beverages were some of the best programming on the box, with Hyundai and Kia getting the biggest boost in online searches after their ads ran.
Advertisement

The ad for the Hyundai Santa Fe got the biggest boost in search activity of 1,004 percent. The Kia Forte realized the next highest interest level at 750 percent, and the Kia Sorento saw a jump of 521 percent in search numbers on AutoTrader.com.

Although not everyone was “feeling irie” with VW’s implication that their vehicles could instill the easygoing lifestyle and philosophy of the Jamaican Rastafarians, many have never been moved by Blue Mountain lambsbread and the realization that, “Jah is Love, mon.”

Nevertheless, every manufacturer’s model search level peaked within an hour of their ad, on average up to 250 percent.

So even though not everyone thinks it’s appropriate for a lonely high school boy to boldly walk into the prom and kiss the Prom Queen, perhaps Audi was pushing its boldness as a consumer choice, rather than borderline behavior. Chances are they didn’t really take a black eye for their efforts.

"Hyundai really benefitted from their sponsorship and ad buys during the pre-game," said Rick Wainschel, AutoTrader.com's vice president of automotive insights. "While this percentage lift is attributed to the Team spot, there's no question that the Epic Playdate spot and their pre-game branding elements also helped catch shopper's attention."

Automakers who ran ads to boost the overall brand image or a product not yet available realized an average 79 percent increase in search activity.

The Lincoln social-media generated #SteerTheScript spot generated enough curiosity to cause a 242 percent jump after it ran. The Mercedes-Benz Soul commercial for the not-yet-available CLA gave a boost to current models of 75 percent. Jeep created a 61 percent search increase following its Coming Home ad, while RAM got a 55 percent spike after two-minute long metaphysical conceit of the Farmer ad.

"While it does take a significant amount of traffic to show measurable lift at the model level, it's even harder to do at the make level, particularly for high-volume brands like RAM," said Wainschel. "While Lincoln's tactic of leveraging social media to guide content definitely worked in their favor, I think all four of these spots were highly effective."

Of course, the benefit of these ads will persist through the week and additional views on YouTube channels will prove their relative popularity, but the bean counters at AutoTrader.com have the best early data on their effectiveness.

For example, the Audi Prom ad, a still from which is posted above, has already been viewed over 8 million times.

If you had a favorite, we’d love to know which and what you liked about it. Feel free to comment below.