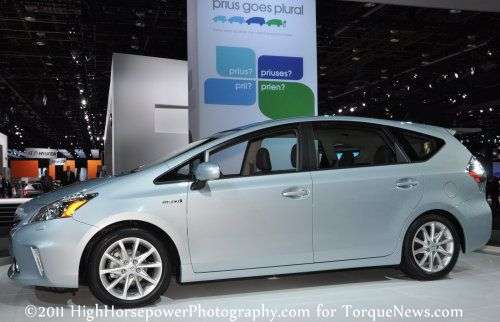 According to auto analysis firm Baum and Associates, high gas prices and a recovering economy led to a 46 percent increase in hybrid and clean diesel sales in March 2011 compared to March 2010, a jump about three times higher than the increase in the overall auto market.
Advertisement

The change in the vehicle marketplace is now so dramatic that small, high fuel efficiency cars now total about the same market share at 7 percent as "true SUVs."

That’s a significant change from dealers reporting hybrids and other high-mileage cars were only one or two percent of the market just last year.

The used vehicle market, a real time snapshot of market preference, shows the greatest increase in value for the Toyota Prius and other fuel-efficient cars, with the Ford Explorer and other full-size SUVs losing substantial value.

"The trends are clear: vehicle sales are strong, and consumers want hybrids, small cars and crossovers,” said Alan L. Baum, a principal in the firm, “and are shying away from pickups and truck-based SUVs even as business fleets continue to support these products in line with an overall economic recovery."

Significant findings of the report include:
• Small cars like the Ford Fiesta and Honda Fit grew at nearly twice the rate of the overall market, 30 percent compared to 17 percent.

• Growth in the SUV market is misleading as it was actually driven by small, fuel efficient crossovers.

• True SUVs or those built on truck frames continued to lose market share, now less than 7 percent, the same as the most efficient part of the market – hybrids, clean diesels and very small cars.

* The increase in the value of a three-year-old Toyota Prius from January to April 2011 exceeds all other vehicles, clearly demonstrating the demand for this model in both the new and used vehicle market is phenomenal.

• The three-year-old Ford Explorer is dead last – this, of course, is the previous version of the Ford Explorer.

You can’t deny we live in interesting times.