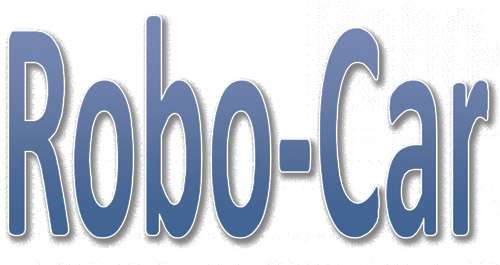 Reportedly, Googlites have been testing a small fleet of BMW's self-driving or autonomous cars in California, which immediately brings to mind an image of Robo-Cop's ruthless respect for traffic and safety rules, while simultaneously raising a myriad of what ifs about the coming of Robo-Cars.
Advertisement

Speculation has been building since Audi sent a Robo-car up and down the Pikes Peak road in Colorado without a driver of any kind or remote control. Interestingly, a human-piloted news helicopter covering the event suffered a relatively gentle crash due to a malfunction.

This points out the legendary confrontation between technology and human capabilities told in the American legend of John Henry and Steam Hammer. The advantages and disadvantages of autonomous cars are readily apparent, as are the answers to some of the questions.

The first and most notable change to the human passengers or drivers as this technology incrementally transforms self transportation over the coming decades is the simple fact the car will refuse to function if you are not observing mandated safety rules like buckling your seat-belt. It fact, in all likelihood it will quickly recognize attempts to fool – like if you buckle the belts before sitting down. That may not work now as, believing in the wisdom of safety belts, we’ve never tried it.

Right of way will be decided among the cars themselves. We can almost hear Disney’s classic chipmunks, Chip and Dale saying:
“You go right ahead.”
“No, no, you first, I insist.”

The advantages are multiple and blatantly apparent. The blind and otherwise disabled can get where they need to be, along with the medically injured and thoroughly inebriated. MADD will have to disband as cars can deliver their drunken charges home safely as long as they can intelligibly mouth, “Home, Jeeves!”

Which brings up the question will Robo-Cars really be autonomous or will some Orwellian Big Brother be the one ultimately behind the wheel. Who needs citizen informers if your Beamer will rat you out for your indiscretions?

Some have asked how will police pull over an autonomous car? Well first, who are they going to ticket if no one is driving and second won’t they be able to stop the car at will via system overrides and kill switches – reportedly these can be hacked by anyone with the technical savvy anyway – does that exclude our police departments?

How will insurance be affected? It should get cheaper as you take human error out of the equation. As cars begin to talk to each other, accidents should be greatly lessened, road rage should disappear and most of what damages cars will be deemed an act of God by the insurance company – like the boulders that wrecked cars and houses in southern California today during a landslide.

For those who rail at having the joy of driving taken away from them we feel their pain. The simple fact is driving is not always pleasant even to the greatest enthusiast. Our prediction is than when all the cars are electric and get people about in a less emotional, much more civilized manner omitting gridlock and other present day headaches, those that really miss big combustion engines and the joy of driving will be able to do so at rental tracks and courses.

Then you won’t be stuck in whatever car you might have owned, but will be able to select from some of the most pleasurable to drive vehicles ever made, kept in top condition just for you. That’s when the real insurance costs will kick in!