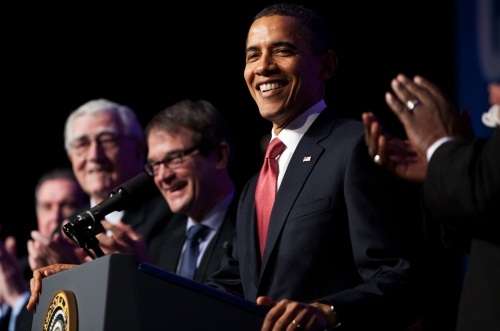 The U.S. Bankruptcy Court in the Southern District of New York has approved Ener1’s modified Plan of Reorganization, clearing the company’s emergence from Chapter 11 reorganization by mid-month. The company moves forward from a stronger financial position with plans to redeploy its business strategy.

"The Court's confirmation of our Plan marks a significant step forward in completing our restructuring process," stated Alex Sorokin, interim-CEO, Ener1, Inc. "The holding company will exit bankruptcy with new equity funding and a stronger balance sheet, and its operating subsidiaries will be better positioned to meet the demands of existing and potential customers in the energy storage industry."

On the heels of that announcement came President Obama’s assertion that Detroit is well on it way to building cars that get 55 miles per gallon by 2025, during his weekly and online national address.

"That means folks will be able to fill up every two weeks instead of every week, saving the typical family more than $8,000 at the pump over time," Obama stated. "That's a big deal, especially as families are yet again feeling the pinch from rising gas prices."

Lithium ion batteries, such as Ener1 produces, are used in vehicles like the Chevy Volt, Ford Fusion Plug-in, Nissan Leaf and Mitsubishi MiEV. The company has secured $86 million in new equity funding to help offset the $165 million in debt they are juggling in the reorganization plan, $69 million of it a result of their stake in the failed Norwegian concern Think.

Ener1 joins A123 as American automotive battery companies struggling to survive association with failed or stalled electric auto manufacturers. A123 is having its own problems with Fisker, builder of the sexy, high-priced, electric-hybrid Karma sedan.

“What’s happening in Detroit will make a difference. But it won’t solve everything,” Obama said. “There’s no silver bullet for avoiding spikes in gas prices every year.”

Still, the current price of gas was part of the reason for a second month of strong auto sales this year, as more people change over to more efficient vehicles –projecting sales totaling over 15 millions cars this year.

Will this current spike in oil prices be enough to bring a bloom to the hybrid and EV sales vine? Certainly, Ener1 is hoping that will be the case – their continued existence may depend on it.