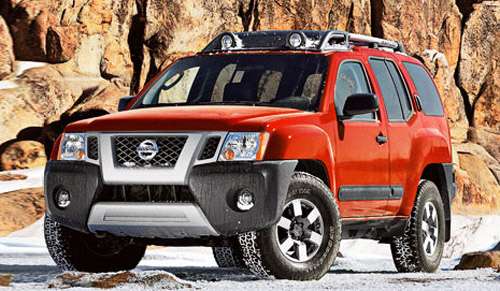 Carmakers don't want any 2012 models left around when the redesigned next generation comes out later this year or next offering great deals right now on select models of cars and SUVs.
Advertisement

Automotive price authority, Kelly Blue Book has identified which models are likely to have great incentives or discounts in order to liquidate current inventory. These are the models on which buyers can find great deals

In short, it is the reason the fastest selling cars, like the Toyota Camry, Hyundai Sonata, Chevrolet Cruze, Ford Focus and Honda CR-V, a moving so quickly – they were all redesigned over the last couple years.

You won’t find good deals on these as the manufacturers can get very close to the suggested retail price on hot products. That’s why the brands are working on the ones believed to possess the same potential.

"Not all consumers are alike and many new-car shoppers are simply looking for the best deal available," said Alec Gutierrez, senior market analyst of automotive insights for Kelley Blue Book. "Vehicles typically are redesigned on a five-year cycle. Being aware of which models will soon be redesigned is a good way to get a new car and still keep some of your money in the bank."

Consequently there are some great deals on the ones expecting the next generation soon. KBB has idenitified three new vehicles slated for redesign and so big discounts are available. These include the Ford Fusion, Nissan Altima and Chevrolet Malibu with up to $4,000 in savings including rebates. The Nissan Sentra and Toyota Corolla are also expecting a new generation next year, and can currently be found for over $2,000 off the sticker price.

Certain other vehicles simply aren’t gaining the expected market share and though not slated for resdesign, are also available with incentives. These include the Nissan Rogue, Suzuki Grand Vitara and Mitsubishi Outlander.

In the SUV segment, the versatile Nissan Xterra is one of the only remaining truck-based SUVs still on the market. It will be redesigned during 2012, so Nissan is highly motivated to sell as many 2012’s as possible prior to the new model launch. At over $5,000 under the usual sticker price, this is a great deal for the SUV driver.

Here are specifics on some of the great deals on discounted vehicles or those with significant incentives in place.

Thanks to vehicles slated for redesign next year, some great deals are out there on new vehicles both big and small. If you’re in the market, you've now received the memo.

Toyota's First EV Will Have a Name of BZ: Toyota BZ
First Videos From Inside The Boring Company's Las Vegas Loop
END_OF_DOCUMENT_TOKEN_TO_BE_REPLACED