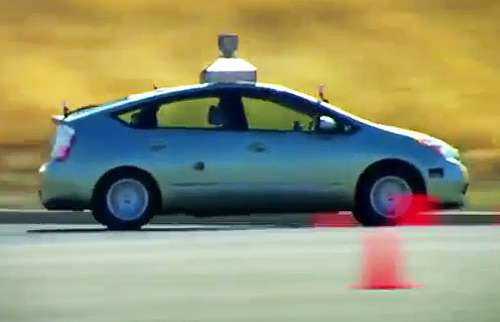 The public interest group Consumer Watchdog has urged the gubernatorial veto of California’s SB 1298 due to concerns over privacy issues in Google’s driverless car technology.
Advertisement

The bill was authored by Sen. Alex Padilla, and passed in the State Senate unanimously. Following amendments by the Assembly Transportation Committee, SB 1298 was forwarded to the Assembly Appropriations Committee, where a hearing is scheduled this Thursday.

In his letter to Governor Jerry Brown, SB 1298 is characterized as, “…Completely insufficient,” by John M. Simpson, Consumer Watchdog Privacy Project Director. “It gives the user no control over what data will be gathered and how the information will be used."

"A law regulating autonomous vehicles must provide that driverless cars gather only the data necessary to operate the vehicle and retain that data only as long as necessary for the vehicle's operation," continued Simpson. "It should provide that the data must not be used for any additional purpose such as marketing or advertising without the consumer's explicit opt-in consent."

In a class action lawsuit litigated earlier this year in California, referred to as Wi-Spy, Google Street View cars were using “a Wi-Fi sniffing code which allowed Street View cars to suck up usernames, passwords, emails, and at least one conversation between two people planning an extra-marital affair,” according to a post by Kashmir Hill, who named Engineer Doe, the Googlite who created the software, as Marius Milner in a post on Forbes.

Listing Don't Be Evil as their motto, (which sounds like the Romper Room show Mike Myers’ Dr. Evil would have watched) Google thinks we should trust them with all the data they can assemble.

However, the FCC has released documents showing the Wi-Spy scandal was not a mistake or the work of one rogue engineer but was part of the Street View design, according to Simpson.

Come to think of it, haven’t behaviorists proven that “Don’t” is a human trigger word? The surest way to get someone to do something is to say, “Don’t do that.” So maybe Google should change their mantra to “Do good.”

The regulatory agency slapped Google’s wrist with a $25,000 fine for obstructing its investigation. The latest news is Google has recently admitted retaining the surreptitiously obtained data it promised to dump almost two years ago.

Then add this fact to that one.

“Thursday the Federal Trade Commission imposed a $22.5 million penalty on Google for violating a consent agreement and hacking around privacy settings on Apple’s Safari browser, which is used on iPads and iPhones,” according to Simpson. “Simply put, there is no reason to trust or believe Google when it claims to be concerned about privacy.”

First is the fact you don’t use Google – Google is using you.

“Google's entire business model is based on building digital dossiers about our personal behavior and using them to sell the most personal advertising to us,” reads the Consumer Watchdog release. “You're not Google's customer; you are its product – the one it sells to corporations willing to pay any price to reach you.”

Second is the fact Google is run by computer engineers who simply cannot have enough data.

"Consumers enthusiastically adopted the new technology of the Internet. What we were not told was that our use of the Information Superhighway would be monitored and tracked in order to personalize corporate marketing and make Google a fortune," wrote Simpson. "Now that Google is taking to the freeways, we must prevent inappropriate collection and storage of data about our personal movements and environment before we allow Google's robots to take to the roads and report back to the Googleplex."

Consumer Watchdog finds this language to be woefully inadequate.

"The time to ensure that this new driverless car technology has the necessary privacy protections is while it is being designed and developed. This is a concept known as Privacy by Design. It means privacy issues are considered from the very beginning and solutions are baked in," wrote Simpson. "Trying to catch up after a new technology is developed and broadly implemented simply will not work. Google has demonstrated that it only pays lip service to privacy concerns and repeatedly violated consumers' privacy. That is why I call on you to veto SB 1298; consumers must give opt-in consent before any data gathered through driverless car technology is used for any purpose other than driving the vehicle."

“Google is arguing that it did nothing wrong in sucking up sensitive information from unsecured Wi-Fi networks,” observed Hill in her Forbes post. “Google says that anyone using such a network is essentially broadcasting their online activity on a radio channel, and that tuning in shouldn’t be illegal.”

That is exactly the mindset Consumer Watchdog is concerned about in Google’s driverless car technology.

Driverless car technology is clearly in our future and Google is leading the way. All Consumer Watchdog is asking is that they not use this technology to gain unfair advantage in the marketplace or anywhere else.

George Orwell wrote a visionary book titled 1984, in which government used the control of information to control the populace. He wasn’t so far off, except he could not foresee corporations assuming the role of government, watching us not through our televisions but via our digital devices. The information they gather is used to manipulate the marketplace and thus the populace.

The watchwords of 1984: War is Peace. Freedom is Slavery. Ignorance is Bliss.

At least in Orwell’s world, a few people knew they were being oppressed.

In closing, we value the service Google provides. Torque News and most other information sites depend on that service to brings readers like you to them.