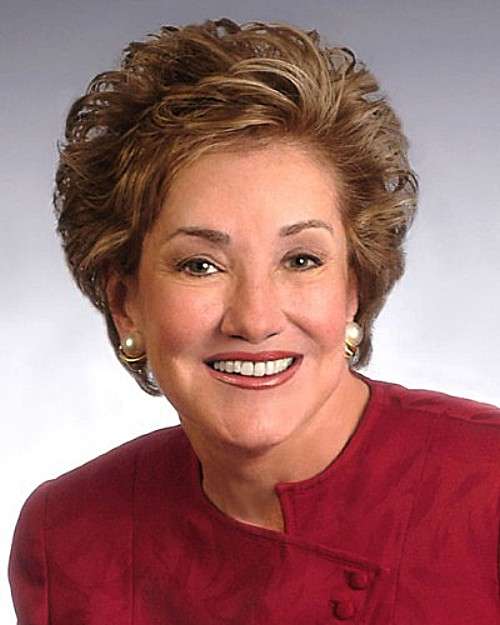 The National Safety Council has awarded the Honorable Elizabeth Cole, former Secretary of Transportation during the Reagan Administration, for her lifesaving contributions to automotive and national safety.
Advertisement

The NSC Flame of Life award, recognizing momentous lifesaving contributions to safety, has only been awarded three times. Dole's persistent sponsorship of safety initiatives during each stage of her career has made her a giant in US safety history.

Dole was Secretary of Transportation from 1983-1987 and influenced President Reagan and Congress to create a nationwide 21-year old drinking age, eliminating "blood borders" that resulted in young people risking grave injury to return from a neighbor state after drinking where the age restrictions were lower.

At the time, no state had passed a seatbelt law and usage was only 13 percent. Air bags were more or less non-existent. These three innovations alone are estimated to have saved nearly 400,000 lives, with another 20,000 saved every year.

As Secretary of Labor from 1989-1990, Dole turned her attention to workplace safety and initiated changes affecting nearly 40 million workers. Among the many OSHA actions she championed were the Lockout-Tagout Standard, which established procedures preventing roughly 120 fatalities and 50,000 injuries each year.

Under her leadership, OSHA addressed ergonomics and enacted stronger rules to protect construction workers laboring in trenches and excavations. Since these rules were instituted, trenching fatalities have declined by 40 percent.

A major new regulation to protect workers against blood-borne pathogens, such as AIDS and Hepatitis B, marked the first time the DOL had ever dealt with biological hazards or infectious disease. She also addressed Mining Safety and Health Administration via the Patterns Rule, by cracking down on serious and repeated violations of OSHA requirements.

As President of the American Red Cross from 1991-1999, Dole She led a massive effort to transform Red Cross collections, testing and distribution involving over half the nation's blood supply. This required a seven-year movement to replace antiquated World War II-era blood bank practices to with modern operating procedures, resulting in a greatly updated, centralized state-of-the-art system. It also involved merging a nightmarish conglomerate of 28 different computer systems into one and replacing 53 outdated laboratories with 8 new high-tech labs to ensure blood is safe to both give and get.

Dole accomplished these feats while directing the work of 32,000 staff members and 1.3 million volunteers.

Her other accomplishments while the first female United States Senator from North Carolina, 2003-2009, included throwing whole-hearted support behind the 2005 Highway Act, providing major incentives to states to modernize seatbelt laws.

"Elizabeth Dole's career is filled with impactful examples of strategies put in place to save lives and prevent injuries," said Janet Froetscher, president and CEO of NSC. "Dole is one of the century's foremost safety leaders. Her leadership has played a crucial role in the safety movement and is an inspiration for all those who dedicate their lives to keeping others safe and well."

In 1971, the Flame of Life Award was given to the Ad Council for its focus on raising awareness about traffic safety.

In 2006, it was awarded to seven principal leaders of the Air Bag and Seat Belt Safety Campaign for their work in saving lives, which included taking Click it or Ticket and the concept of high visibility enforcement of traffic laws from a one-state pilot program to a national initiative.

In 2010, the NSC’s Chairman of the Board at the time, Joseph Ucciferro, was given the award for leading the development of a new NSC strategy that defined how to save an additional 10,000 lives and prevent 1 million injuries by 2014.

Torque News salutes the efforts of the National Safety Council to save lives both on and off our nation’s roadways.