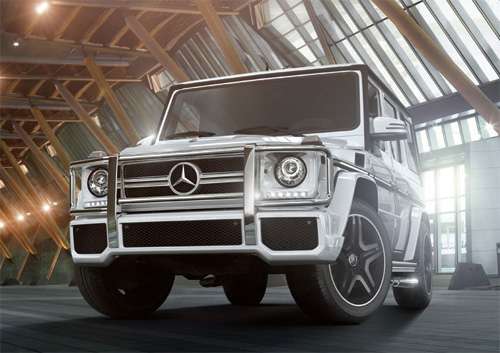 In a journalistic ying and yang, we encountered two counterbalanced news releases early this morning, one in which Forbes discusses how luxury continues to leak into pickups, SUVs and crossovers, while at the same time, India’s Tata announces the possibility of going global with its one-ton pickup priced around $10,000.
Advertisement

Forbes is dropping brand names like Bentley, Ferrari, Lamborghini, BMW and Mercedes to the delight of the world’s burgeoning bourgeoisie, while Tata has decided it is time to try its luck in the global market for the working class pickups of the proletariat.

The terminology just seemed appropriate to express the contrast in the two contrasting news posts. It is actually an example of the balance in the world – as options for haves increase, so do those of the have-nots.

We just posted a story on the 2013 BMW 25th Anniversary special edition 760Li V12 so we’re not surprised you can spend lots of money on an exclusive, luxurious and exotic automobile or truck.

What surprises us is you can get a reliable workhorse like the Tata Xenon XT or its Crewcab variant in the range of $10 to $12K. Here’s hoping it passes US safety regulations and import duties don’t double the price.

Isn’t competition supposed to be a good thing?

Forbes' top pick of the most expensive trucks in the photo gallery is the Bentley EXP 9 F, a vehicle still in the conceptual stage. The most expensive truck actually in production is a Range Rover, the Autobiography Special Edition, of which only 500 will be built at the very tony price of $170,000. Let’s hope there aren’t many options left to add on to that bill – but you can imagine what a nice ride it must be – fit for The Queen, eh gov'nor!

Next in Forbes’ list comes the Mercedes-Benz G63 AMG. The G63 AMG is based on a 33-year-old Gelandewagen design, thus the G-class designation. The brand’s power and performance division, AMG, has put the Harry Potter in it, goosing the already pricey $113,000 G550 to a turbocharged $134,300 to-the-Deadly-Hallows-and-back-in-style conveyance, sporting a 6.3-liter V8 cranking out 536 hp. The hand built engine is SIGNED by the man who single-handedly crafted it in the Affalterbach plant.

In other markets, you can even get a G65 AMG with a V12 engine. A four-wheel-drive behemoth belching 612 hp, certainly enough to get you to the golf course on time, regardless of what might bar your way.

This one probably comes close to the Range Rover in cost and outright opulence. Notably this vehicle weighs 5,625 lbs, has a 7-speed automatic transmission, and gets 13-mpg COMBINED.

Next comes the Porsche Cayenne Turbo, with a base price of $108,750 for an all-wheel drive SUV/crossover with a 4.8-liter turbocharged V8 outputting 500 hp plus 516 lb-ft of torque. The Cayenne features an 8-speed Tiptronic S transmission and weighs 4,784 lbs getting a respectable (for a big V8) 18-mpg combined.

Chrysler will be pleased, we think, that the Ram 3500 Crew Cab Laramie Limited 4x4 with its 6.7-liter turbo diesel I6 generating 350 hp and a whopping 650 lb-ft of torque made the list at its base price of $61,030. This full-size pickup has a 6-speed automatic transmission a wheelbase of 160 inches and weighs 7,903 lbs. No EPA fuel estimates are available as yet for this vehicle.

Forbes inserted the BMW X6 M before the Ram, but despite its kinship to the X3 and X5 SUVs, it looks so much like a BMW sports sedan, to us its only claim to being a truck is the fact it is all-wheel drive vehicle, rather than rear-wheel drive.

Nevertheless, let’s put that aside and look at the Tata side of this equation.

Tata Motors is one of India’s Big Two automakers along with Mahindra. They are poised to enter the global market for mid-size trucks with their Xenon line. Despite the demise of the Ford Ranger, the mid-size pickup market might grow exponentially over the next decade, both for personal and business usage.

The Xenon XT comes with a choice of three different diesel engines with a fourth variant in development. You can buy a regular cab in India for under $10,000 while a four-door crew-cab model is less than $12,000. It comes in multiple configurations, some of which can haul as much as a ton. Presently plans are under consideration to export the line to Thailand, South Africa and parts of Southern Europe.

Word is, Tata's looking for a US partner to produce the trucks in the US, but that is still a ways down the road. Other Asian manufacturers are also likely to be looking for US facilities to make a more affordable midsize pickup to fill a gaping hole in the market.

While there used to be a lot of vehicles in this segment, the only one we can think of still remaining is the Toyota Tacoma. Excuse me, but there's also the Nissan Frontier and Chevy Canyon at least targeting this segment. Tata might just have something here – it you can haul a ton in a midsize diesel pickup, it might be an option many US businesses and craftsmen or women could cozy up to.

So if you’re on top of your company, Forbes can steer you to the most expensive trucks for 2012. If you just trying to get a company off the ground, Tata may have a little help coming for you in the form of the Xenon XT.