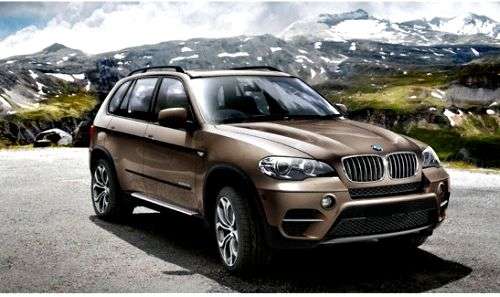 The 2012 BMW X5 tops Forbes list as the dirtiest vehicle on America's roads. It is closely followed by the 2012 BMW X6M and the 2012 Cadillac CTS Sport Wagon among the filthiest vehicles in terms of greenhouse gas emissions. While not everyone has embraced the move to environmental sustainability, no manufacturer really wants to be on this list derived via the publisher’s own computational formula.
Advertisement

Clearly since CAFE standards were first enacted in 1975, the average vehicle today pollutes far less and gets greatly improved mileage compared to the cars of 36 years ago. Tim Jackson, president of the Colorado Automobile Dealers Association, stated last year that the average car of today is 100 times cleaner than those just 20 years old. Even so, some are still better than others.

“The environmental need to improve fuel economy is manifest,” the NHTSA reportedly stated in Jason Fogelson’s post today. “The U.S. transportation sector is one of the largest contributors to total U.S. and global anthropogenic emissions of greenhouse gases. Concentrations of greenhouse gases are at unprecedented levels compared to the recent and distant past, which means that fuel economy improvements to reduce those emissions are crucial to addressing the risks of global climate change.”

Over 234 million light duty vehicles are on the road today, to which this year’s sales are expected to add another 13.8 million cars and light trucks to the nations byways. Each and every one of these produces greenhouse gasses by the ton.

A ton of lead could fill a small room. A ton of CO2 could fill a big box store and the worst offenders on the Forbes list produce up to 8,5 metric tons of carbon dioxide annually. Take that times 240 million and the numbers begin to boggle the mind.

At a press tour of the backrooms of the Denver Museum of Nature and Science two years ago, a resident leaf paleontologist told those present the evidence found in prehistoric leaf fossils had revealed the last time Earth has such a high concentration of CO2 in the atmosphere was 2,000,000 years ago – roughly the time when Homo Habilis began to use tools and build fires, followed by the Neogene Ice Age.

To arrive at their list, Forbes took the data from the NHTSA and EPA documents, applied a carbon footprint calculator to arrive at a total of CO2 produced annually and a coefficient of “Greenness.” They claim to have excluded “exotics,” though they have included the Maserati Quattroporte, so more of those must be selling than one would presume.

Further, the list doesn’t seem to follow either the amount of CO2 produced or the Environmental coefficient in a linear fashion, so some non-apparent combination of the two seems to be in operation. Nevertheless the list is as follows:

The worst offender is the 2012 BMW X5 M, an 8-cylinder automatic AWD SUV that bleeds 8,4 metric tons of greenhouse gas into the air every year. It is EPA rated to get 12-mpg city and 17 highway with a enviro-rating of 5.

GM gets third place with the 2012 Cadillac CTS Sport Wagon MT, also 8-cylinder, automatic and AWD, producing 8.33 metric tons of CO2 per annum. It gets 15-mpg combined and a green rating of 5.

Chrysler gets the nod for fourth with the 2012 Challenger SRT8 muscle car. It also is 8-cylinder, automatic but rear wheel drive getting 14-mpg city and 23-mpg highway. It produces somewhat less CO2 at 6.91 metric tons and gets an environmental rating of 5.

Since Forbes thinks the 2012 Maserati Quattroporte fits in with these others, maybe they could take after Oprah and buy one for Torque News. We would be careful to only drive it enough to fill two Washington Monuments with carbon dioxide, making it less polluting than the aforementioned VW Beetle.

In any case the 2012 Quattroporte luxury sedan is listed as number five, and is 8-cylinders, automatic and rear wheel drive like the Challenger. It produces 8,05 tons of greenhouse gas yearly with a mileage of 12-mpg in town and 19-mpg on the road. Still it’s green rating is 5.

Seventh place goes to the 2012 Nissan Titan pickup truck, an 8-cylinder AWD automatic emitting 8,49 metric tons of greenhouse gas annually. It is rated for 12-mpg to 17-mpg on the road and rated 5.

The eighth place took us by surprise with the 2012 Toyota Sienna minivan, which even though it has a 6-cylinder automatic and gets 20-mpg combined still emits 6.11 metric tons a year, getting a green score of 6.

Dodge, Nissan and Toyota share the dubious distinction of manufacturing the only non-luxury vehicles on the Forbes list. We’ll let you know if we figure that one out.