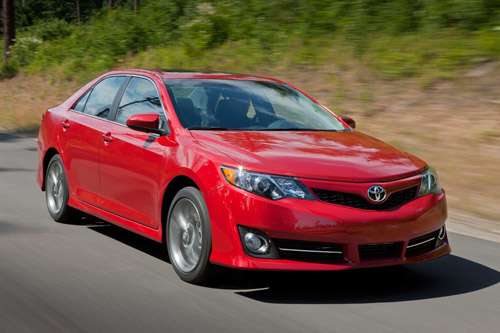 A few good questions for the auto industry in 2012

The auto industry is an ever-changing, inscrutable business on a path fraught with detours, road hazards, cross traffic, patches of immobility, washed out bridges and damaged roadways. Finally shaken out of their Rip Van Winkle stupor by the Lehman Shock, Detroit’s Big Three made progress last year against the growing field of Asian and European competitors. Will 2012 serve to continue their successful growth?
Advertisement

What will ultimately decide this question is what will sell next year – gas-powered, hybrid or electric cars? Will people in the U.S. want bigger or smaller cars? What will be hot out of the buyer’s choice from SUVs, trucks, crossovers, minivans, sedans, coupes and commuters?

If the end of 2011 was any indication, and the current trends continue, primary growth will come in the areas of luxury and high-mileage vehicles, but so many factors can alter this course – such as politics, climate, weather, and even technology – the future for automotive decision makers requires accurate data, analysis, reliable intuition and a really good hunch or two.

Alex Taylor III of Fortune Magazine posted a set of relevant questions on CNN today, and we will herewith draw upon and add to the discussion of his postulations.

Will the Big Three begin losing market share to imports again?
General Motors and Chrysler both made gains in 2011 while Ford slipped slightly, but circumstances beyond their control contributed to their success. Toyota suffered a tarnished image over a greatly exaggerated defect, and then all the Japanese brands suffered from supply problems resulting from the earthquake and tsunami. Still Hyundai and Kia have moved into sixth and seventh place in the U.S. and looming large in the foreseeable future,

Meanwhile Lexus is outselling Buick, Cadillac, and Lincoln. Nissan is attempting to capture 10 percent of the market, which would move it into fourth in U.S. sales. Volkswagen is coming on strong and should it achieves a stated goal of 800,000 units next year, it would match the combined sales of Dodge and Jeep today. GM seems to moving the right way, and Ford move to global models should serve them well – their new EcoBoost engines are winning converts daily.

Chrysler on the other hand seems to be behind the crowd in the development of small, popular vehicles like the Cruze or Focus, though they do very well with their line of big-engine trucks and Jeeps. Some of the more urbanized Jeep models might help, but let’s hope the brand can learn something about smaller, high-mileage models that inspire the consumer from their alliance with Fiat. If they continue with a “We build V8 vehicles – let them build the little four-bangers,” attitude, they could be digging their own grave.

Will Toyota stage a comeback?
Toyota had grown so fast for so many years, cracks appeared in the plaster last year, with their sales falling for the first time in decades. The company climbed to its previous position via solid business planning, research and development (on both the market and their products), quality and reliability. What next year holds may be hard to predict, but that hybrids are likely to be the major market segment for the next decade seems clear. The company’s charismatic new president, Akio Toyoda, seems determined to return the brand to its former glory and apparently has the fire in his belly to get the job done. He has already promised to boost production by an aggressive 20 percent on the strength of new models during 2012.

Will Chrysler start to slide?
Chrysler did well in 2011 with some smart updates and redesigns of its existing product line. Jeep sales were up 25 percent through November, outdoing the overall market's 10 percent. Still there are fewer new models coming in 2012, the Chrysler 200 has yet to hit a chord with consumers and Fiat sales are much lower than expected. It is likely they overestimated the standing of this long-absent nameplate and Fiat will have to build a following and reputation like any company – that takes time.

Are Americans becoming more comfortable with small cars?
Though pickup trucks and sedans are still the best sellers, but the top selling car for most recent years has been the Toyota Camry. You see more Prii on the roads every month, and GM’s Cruze and Sonic are expected to sell well along with Fords Focus and Fiesta. Chances are good the average size of all passenger cars on the road is getting smaller. Are Americans en masse going to change over to Smartfortwos or Scion IQs anytime soon? No, it’s not likely but the trend is there.

Who will lose when China cools down?
GM and Volkswagen are the big dogs of Western auto manufacturers in China, but luxury brands are big in China. Audi sells over twice as many cars in China as in the U.S., while BMW runs a close second. As the second largest upscale car market, China will bring big change to the industry if it stops growing at its recent rate.

Will Alan Mulally retire?
Ford's effective CEO could easily retire at any time. Just throw his hands up and say, “I’ve had enough,” and call it quits, but there’s no reason to think the still-energetic 66-year-old will actually do so. Still with the brand’s history of unplanned management changes and lack of experience with peaceful transitions, it’s an eventuality that needs to be addressed.

Taylor goes on to pose three more questions that are either a foregone conclusion, premature speculation or slightly whimsical, but if you’re still interested, see CNN.