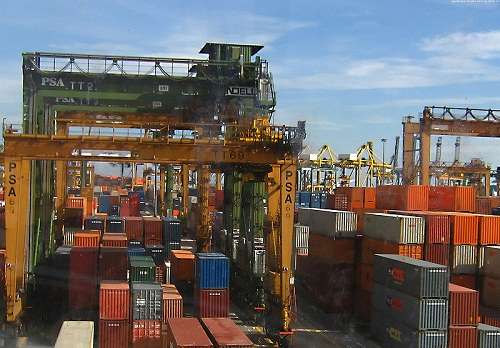 Cargo containers labeled “used exercise equipment,” were found to contain 16 stolen expensive and exotic cars, including a 2010 Ferrari 458 Italia worth $280,000, in the Port of Los Angeles just last night.
Advertisement

The report by the Los Angeles Times indicated the thieves would have probably gotten away with the hot exotic cars had they not gotten greedy and went for the Ferrari.

Police were alerted when a rental company noticed the Ferrari they had loaned out was stationary at a location near the waterfront. When police investigated and found the Italian hot exotic car, they checked other containers similarly labeled and found the other 15 high-end vehicles.

The vehicles were pilfered and apparently loaded on the cargo ships after they were purchased or leased using false identification and had a comprehensive value exceeding $1.5 million. In this case, the victims were dealers, credit companies and insurers.

Local authorities stated this discovery was in addition to four more vehicles that have already been shipped to Vietnam. U.S. officials are working with Vietnamese Customs to arrange the return of those cars to America, according to statements made to the LA Times by Jaime Ruiz, a spokesman for the U.S. Department of Homeland Security. He indicated such cars fetch nearly double their U.S. value when sold in Asia.

No arrests have been made in the case though the investigation is ongoing. The recovered cars will be return to their rightful owners via the California Highway Patrol.

Though no model listing was included, from the seven vehicles in the photo, they hot exotics included numerous luxury SUVs encompassing BMW, Mercedes-Benz, Cadillac and other brands.

Not many Mercedes-Benz, BMW or Ferrari models in there, but they aren’t the vehicles worth shipping to Asia, by and large. Apparently, high-end SUVs and hot exotic Italian sports cars are.