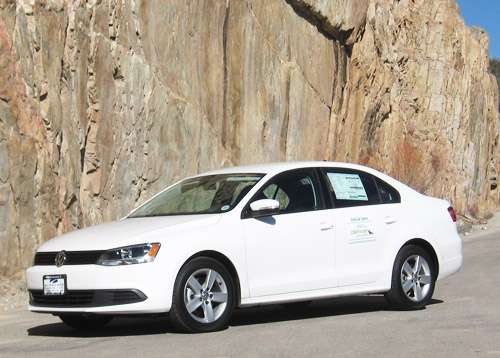 A draft proposal before the European Commission reportedly sets much more stringent emission standards for vehicles sold within the member nations of the European Union, however, the proposal is not yet public and will need to successfully pass through a long legislative gauntlet before becoming law.
Advertisement

The proposal should be made public next month and would make a 2020 goal to lower carbon dioxide emissions to 95 grams per kilometer binding.

It compares to the currently set standard of 130 g/km and though some in the industry say meeting the stricter standards would be challenging, still others believe they are realizable and would also make EU auto manufacturing more competitive in the global market.

The EU emissions draft proposal was seen by Barbara Lewis of Reuters, who revealed the new emission standards in a post this afternoon. Fines for not meeting the average standards remain at existing levels – 95 euros for every gram over target per vehicle – an amount that could involve astronomical numbers in a very short time.

The draft also considers long-term emission standards for passenger cars by 2025 and 2030 no later than Dec. 31, 2014, if such goals are deemed appropriate. The current standards were inacted just three years ago, as the EU sought to grapple with the possible connection of greenhouse gas emissions to global climatic change. Carmakers are achieving these standards as the deadline nears.

One of the only sectors still showing rapid increases in emissions is road transport. From 1990 to 2008, emissions increased by 26 percent, according to figures provided by the executive limb of the EU. Their own impact assessment expects a resulting 25 percent reduction in car and van fuel consumption if the new standards are enacted, saving as much as 25 billion euros or $31.2 billion US per year.

As per usual, the cost of implementation is supposed to be offset by savings in fuel costs. If a driver put 20,000 kilometers on a vehicle conforming to the new standards, spending 1.4 euros per liter of petrol, they would save about 500 euros annually.

Of course, the Commission cannot comment on the proposal until it is made public next month, with any modifications that period of time may produce.

"Tighter CO2 standards mean spending less at the pump," said Greg Archer, program manager at the T&E transport campaign group, according to Reuters. "But drivers have been short-changed. The EU can and must go further by tightening the 2020 target to 80g CO2/km and introducing a target for 2025."

Others cite a flagging economy as reason to give the automakers a break. CARS 21, a policy group comprised of ministers from member states, auto executives, EU commissioners and trade union representatives, is more concerned with sparking the economy and supporting the OEMs.

They are largely concerned with opening their struggling economies to fierce competition from Asian brands at a critical time in the transition of carmakers to the modern global market. A free trade agreement with South Korea took effect last July putting 150,000 South Korean cars on European roads.

"It's an issue that is first and foremost on our minds," Reuters quoted Fiat CEO Sergio Marchionne as stating. "We need to be very careful before we open ourselves up to any other exposure when the economic underpinning is as weak as it is."

Panasonic Updates Profit Forecast, Noting How Much Tesla Batteries Help The Jump
2022 Porsche 911 GT3 Laps Nurburgring in 7:04 With Journalist Behind The Wheel
END_OF_DOCUMENT_TOKEN_TO_BE_REPLACED