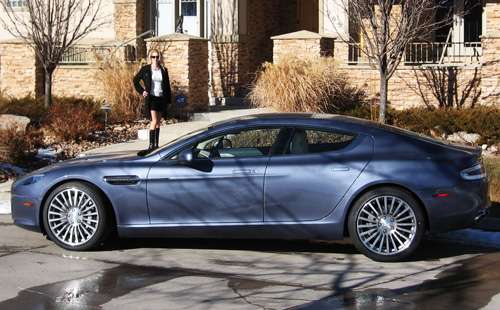 Many people put fuel economy first when looking for a new car, but luxury brands are doing very well and efficiency is not their strong point. What’s important to these two groups overlaps, but shows very different hierarchy.
Advertisement

A survey conducted by Phoenix Marketing International reveals a dichotomy in what drives buying decisions in the luxury and non-luxury markets. The study by the top-rated research firm talked with over 1800 consumers currently shopping for a vehicle last month.

Participants were simply asked what was the most important factor governing their purchase. What was most important to non-luxury buyers, namely fuel economy, was the least important of five factors to the luxury shopper.

A full 25 percent of mainstream auto buyers placed fuel economy as most important to their decision to purchase. Performance followed closely among this group at 22 percent.

For luxury car purchasers, these factors remained in the same order except fuel economy dropped to only 9 percent in this group, taking up the bottom instead of the top slot.

The luxury buyer is primarily concerned with performance according to some 26 percent of respondents who put that first in their decision. Twenty percent are most concerned with the reputation or status enjoyed by the brand.

Automotive safety features, exterior design and fuel economy, trailed those concerns with 12, 11 and 9 percent of respondents naming them most important respectively.

“At first glance, we see similarities between the two groups, but there are actually some noteworthy distinctions between non-luxury and luxury automotive consumers,” said Phoenix Analyst Kevin Severance. “Firstly, a significantly higher percentage of non-luxury consumers views fuel efficiency as the most important factor influencing their purchase decision. This shouldn’t come as much of a shock as gas and oil prices rise, but compare that with less than 10% of luxury consumers citing miles per gallon as most important.

“Secondly, significantly more luxury buyers are most interested either in vehicle performance or in brand reputation than their non-luxury counterparts,” Severance added. “Naturally these findings have implications for automotive marketers who develop media and brand strategy.

“It’s not as simple as just including these talking points in communications. In order to attract the right customers, marketers need to talk about the right things in the right way with the right people. Our research is precisely aimed at finding the most successful ways to accomplish that.”

We can’t help but wonder if anyone who ended up buying a Tesla S was interviewed. As a car combining both economy and performance, with a boatload of safety features and scintillating exterior design, how will it affect the curve as the reputation of the brand improves?

Could Tesla be a game changer?

“It's hard to say at this point how Tesla vehicles might influence overall automotive purchase motivations in the future, but right now the Tesla S is certainly garnering much attention because it's more or less the first its kind,” Severance told Torque News. “It's an all electric, performance vehicle with luxury style cues at a relatively affordable price. At the lower price points, that means it could attract non-luxury consumers looking for fuel economy in addition to something with some extra style. Because of available performance options, the more expensive models could attract luxury consumers looking for an innovative performance vehicle that also happens to be electric, giving it better economy as well as a distinct personality.”

The aforementioned results more or less echo the conclusions from PMI’s Best of Automotive Advertising 2011 report, revealed earlier this year. That report showed that non-luxury consumers reacted best to ads with touting fuel economy and innovation, while luxury buyers favorably responded to media focused on performance, innovation and style. The Best Ads of 2012 will be revealed during the first quarter next year.

To follow up this study about what drives high-end luxury automotive interests, PMI will begin a new study this month focusing specifically on the affluent automotive market. The Affluent Automotive Brand study will uncover the motivations behind purchasing behavior, magnifying the macroeconomics of spending habits, and find out which brands have the most appeal in high income households in the luxury market. It will gather information from upscale owners who have purchased or are shopping for new vehicles. The nameplates this study will be most concerned with include Acura, Aston Martin, Audi, Bentley, BMW, Bugatti, Cadillac, Ferrari, Jaguar, Lamborghini, Lexus, Maserati, Maybach, Mercedes, Porsche and Rolls Royce.

It may be a while before Tesla is included in such surveys, and perhaps much longer before Fisker makes the grade, if ever. Chances are PMI will know and be happy to share that data when such a time comes.