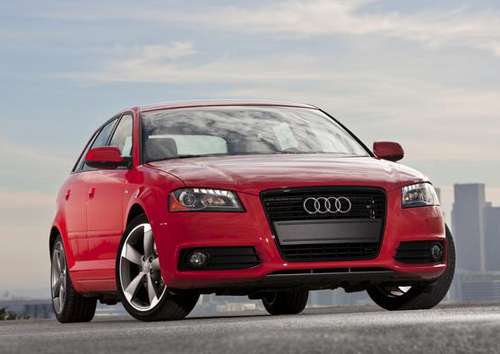 Clean or not diesel is coming to America

The Diesel Technology Forum (DTF) convenes in Washington today and whether or not diesel engines are better for the environment or not, some 22 new models burning this fuel are coming to America in 2013.
Advertisement

The point we are focusing on is the removal of sulphur in the diesel fuel sold here has greatly lessened the particulate emissions of this petrol and though diesel engines provide excellent torque and get good mileage, they still emit more CO2 than gasoline engines.

Particulates are what caused the brown cloud in Denver and other cities in years past and this problem has been largely solved since the 80’s.

Greenhouse gas emissions are of more concern today and by gallon of fuel burned diesel engines are a step in the wrong direction. On the other hand, since they can get better mileage and thus burn less fuel, it is still an improvement over any gas-guzzler from a few years back.

The DTF conference will highlight many announcements from the automakers announcing the new diesel vehicles they will introduce into the American market this year.

Among these new models, some will come from Audi, and Scott Keogh, President of Audi of America, will deliver the keynote address this morning, which will be sponsored by Washington Automotive Press Association and the International Motor Press Association.

“We’re extremely pleased Scott Keogh is giving this keynote address as Audi will be introducing at least four new clean diesel vehicles to the U.S. in 2013,” Schaeffer said. “Audi’s commitment to clean diesel technology is going to play a major role in the future growth of diesel automobiles throughout the U.S. and it’s fitting that he open the auto show by highlighting what Audi and the industry are doing to promote sustainability, fuel efficiency and smarter engines.”

“Several of these new clean diesel autos will be on display at this year’s Washington Auto Show and are expected to be highly popular attractions for car buyers in the Mid-Atlantic region,” Schaeffer said.

Twenty-two of these new clean diesel vehicles are expected to hit the US during 2013, but Robert Bosch of Diesel Systems North America, an engineering and electronics automotive leader, predicts 54 diesel vehicles will be available in America by 2017.

Reportedly, diesel auto sales have already increased 24 percent in 2012 compared to the previous year, while US auto sales overall were up by only 13.5 percent. At present, diesel combined car and light truck sales make up only three percent of the US market, but sales are expected to grow as Americans realize the economy and torque advantages of diesel vehicles.

No one in Denver wants to the see the Brown Cloud return. Older gasoline cars have the save problem and Colorado has a Clear the Air program to get these gross polluters off the streets. They also have roadside emission detectors and if your car comes up on the wrong side of the scale, you will get a stern document in the mail from the Denver Motor Vehicle telling you to get it taken care of immediately.

Showcasing the contributions of clean diesel
The Forum will showcase clean diesel technology and its role in reducing fuel consumption, increasing automotive efficiency and lowering greenhouse emissions, including:

• Data on clean diesel automobiles and light duty trucks currently available in the US and those yet to come.

• The facts about clean diesel economy, its quick acceleration, utilization of biofuels and how to find stations that sell diesel fuel.

• A hashtag will take attendees to an optimized page featuring key information for all currently available models, a diesel savings calculator and a fuel locator.

Social Media Outreach
The DTF will enable social media sites to engage policymakers and attendees during the event, with pictures of clean diesel vehicles and new information regarding diesel-related news from automaker conferences scheduled during the event.

These updates will be posted on Facebook and [email protected]

Whether clean diesel vehicles will stand the test of time or not remains to be seen, but it is undeniable that they get better mileage and pollute less than the cars of 12 years ago, many of which are still on the road.