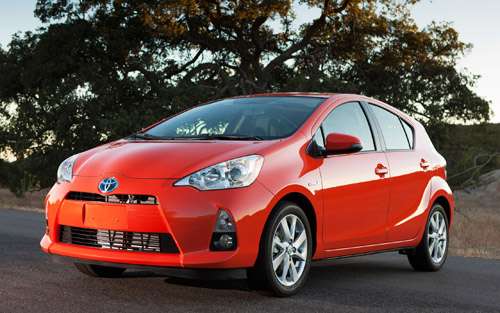 Government policy changes, along with economic and environmental issues, are changing the Chinese auto market, which had the biggest growth worldwide the last two years, leading major manufacturers from the U.S., Europe and Japan to pin much of their annual planning on the market in the land of the Giant Panda.
Advertisement

In fact, sales growth in the Chinese auto market last year was less than the U.S. growth rate at only 2.5 percent, compared to a 10 percent increase in light vehicle sales Stateside. The market slowdown in the Asian nation is attributed to policy changes during 2011 that ended a two-year package of tax breaks and rebates for buyers of vehicles, according to a post by Tian Ying and Liza Lin on Bloomberg.

This comes on the heels of the discontinuance of a seven-year policy of encouraging foreign investment in the auto industry, allegedly to allow industry growth to occur in a more measured fashion. This could be interpreted as an understandable intention to give smaller Chinese auto manufacturers a better chance for survival in the land where GM sold 2.55 million vehicles last year, sparking their return to Number One. However the greatest impact of the removal of tax breaks and rebates was on the local Chinese manufacturers, many of whom were weeded out of the market by the action.

Interestingly, only seven years after the automobile began to show a significantly increased presence in China, its second most populous city, Beijing, has already encountered the consequences of traffic congestion along with collateral problems such as deteriorating air quality. The city has reacted by imposing quotas on new car sales and limiting the availability of auto licenses via a lottery system.

Other cities, like Shanghai, Guangzhou and Shenzhen, all among the 20 most populous metropolitan areas in the world, are expected to follow suit shortly.

New energy cars would presumably refer to hybrids, electric vehicles and other forms of alternate powering. So far hybrids have not been readily accepted in China but that may change as more are built there, which will offset the price difference by circumventing the cost of building them in Japan.

Toyota, the world’s leader in hybrid technology, intends a major shift in their global marketing approach as a direct result of the massive Chinese Market. Shinji Kitada, president of Toyota Motor China Investment Co, reportedly stated at the 2011 Guangzhou Auto Show last November that Toyota intends to move its planning department to China, adding they opened an innovation center there last year specifically to develop products for the Chinese auto market. Toyota expects to outperform the market there next year, boosting sales by a full 10 percent to a target of 1 million vehicles sold.

GM has every intention of continuing its success in China. Kevin Wale, president and managing director, GM China Group told Chao, GM is planning 60 different model introductions in China over the next four years. "The Buick GL8 van, the Chevrolet Sail and the Baojun 630 are all good examples of models developed in China specifically for Chinese buyers,” Wale said. “This year, we will also open our GM advanced design studio to focus on Chinese design."

The Chinese market has perhaps been best for the premiere auto segment, and BMW is heavily involved in the competition. They have designed and built the BMW 5 Series Long wheelbase just for the Chinese market, while other models in their line debuted at the 2010 Beijing Auto Show.

Ford, Honda, Volkswagen, Mercedes Benz and other manufacturers are there and clamoring for their share of what, even at slowed growth, is still the largest automotive market in the world.

Even if growth of the Chinese markets slows, will the emerging markets of India, Brazil and others take up the slack?

How serious is China’s clean energy initiative? Given the population density it is a troublesome concern, but one with significant economic ramifications and consequences, as we are just beginning to learn.

What of the bothersome jockeying over fair trade practices between the U.S. and China, as each toys around with tariffs, anti-dumping laws and so on?

It is a fickle and volatile market at best, at the mercy of international relations, regional economies, technological innovation, geological events, weather, the price of oil, local politics, the media and who knows what else.

It is exceedingly difficult to predict how all these factors will play out next month, let alone next year, which is why the people who successfully do so make the big bucks.

The rest of us just stand back and wonder, “How did they know?”

LG's New EV Battery Plant Is a Welcome News for Tesla
Tesla Giga Berlin's New Hurdle: It's Not Only the Gov't, but Now Tesla Itself
END_OF_DOCUMENT_TOKEN_TO_BE_REPLACED