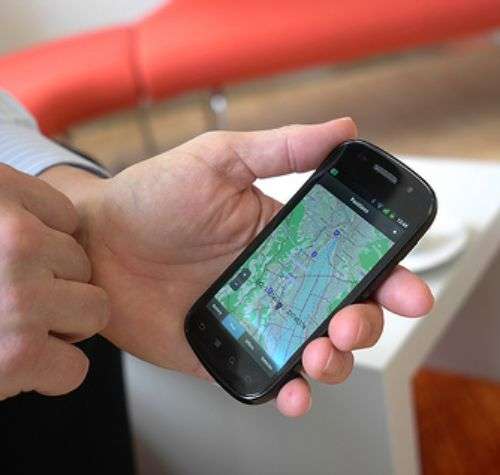 IBM Research announced today it has teamed with EKZ, the electricity utility provider of the Canton of Zurich in Switzerland to produce a smartphone app adding convenience to Electric Vehicle (EV) charging, as well as providing real-time information to utility providers so they can better manage power grid loads during peak usage – a challenge set to grow as more electric vehicles hit the road.
Advertisement

The initial project involves an application designed and developed by IBM scientists in Zurich connected to a data-recording device created by the Zurich University of Applied Sciences (ZHAW). The device was installed in several electric vehicles, including a Renault Twingo, to collect information on the vehicle's battery charge level, location and power source levels. The device transmits data via cellular network to an IBM cloud based on IBM BladeCenters running DB2 and WebSphere, not only benefiting the user but also providing utility providers with further insight into energy generation and consumption.

The project is part of Switzerland's efforts to increase the amount of electricity produced from renewable resources by 5,400 gigawatt hours (GWh), or 10 percent of present-day electrical consumption, by 2030. Thanks to the lofty altitude of the snow covered Swiss state, approximately 55.6 percent of their electricity comes from renewable sources, hydropower being the biggest contributor at over 96 percent.

"Electric vehicles can be used to buffer the irregular production of electricity from future renewable sources, which will contribute to the overall stability of the electrical network," predicted Peter Franken, head of the Energy Distribution department of EKZ and executive management member. "With this project we can show how electric vehicles can create a balance between supply and demand for smarter energy grids."

The IBM app runs on most smartphones, tablets and Web browsers, providing an integration point between the vehicle, the power company and the driver. The app0 uses a simple four-button interface to show the vehicle's battery level, range, location, charging schedule and current energy costs in real time.

"This service will make electric vehicles more attractive to consumers by taking into consideration their preferences, while still factoring in cost and overall convenience," explained Dieter Gantenbein, director of the Smart Grid research project at IBM Research – Zurich. "In this pilot, the real-time analysis of supply and demand together with a control algorithm will create a dynamic incentive for a sustainable way to charge an electric vehicle's battery, putting us another step closer to establishing a cleaner transport system."

One-click charging
At home, in the office or thousands of miles away, EV owners could quickly consult their mobile device to see if their car's power level is adequate to its next mission. The app can also be programmed to start battery charging at a later point in time, like when rates are lowest or when an extended trip is planned.

The IBM app can also delegate responsibility for recharging the vehicle to the utility provider, allowing scheduled charges based on the availability of renewable resources, such as sun and wind. This enables the utility to improve load balancing and prevent outages. The folks at EKZ believe this ability will gain more significance as electric vehicles become prevalent.

To analyze the charging process of electric vehicles with renewable energy, the pilot project takes real-time production data from photovoltaic solar panels located at EKZ's facility in Dietikon, is then transmitted to the cloud service. In this charge mode, the electric vehicle is charged when solar electricity is being produced. When less solar energy is available, the process can adapt automatically.

This project along with the recently announced EcoGrid EU project in Denmark demonstrates a progression towards a stable and robust power grid addressing the entire end–to-end process. By integrating all sustainable technologies – from electric vehicles to solar systems and wind farms, the industry can reduce greenhouse emissions while ensuring reliable energy production.