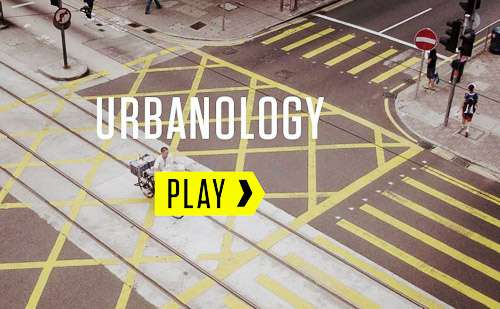 The East Village home of BMW’s inaugural Guggenheim Lab site has been officially returned to the City of New York by officials of the Solomon R. Guggenheim Museum and Foundation. Located at Houston Street at 2nd Avenue, the site has been transformed into a community park with plans in place to continue cultural programming in the space.
Advertisement

For 53 days starting in August, the combination think tank, public forum, and community center operated at the site, improving it as a result of the project. The Guggenheim Lab will re-open in Berlin in May 2012 before traveling to Mumbai. Updates from the BMW Lab’s journey will be posted regularly on the website and the official blog.

“We are deeply grateful to the City of New York for joining with us in this adventure by allowing a Parks & Recreation property to be the inaugural site of the BMW Guggenheim Lab,” Armstrong said. “We were convinced that the vitality and creativity of this dense urban East Village location would be the ideal place to launch this experiment. Thanks to the understanding and co-operation of the City, this prediction was realized beyond our best hopes.”

“The BMW Guggenheim Lab inspired people throughout New York to think more imaginatively about what it means to live in a city and how we all shape the urban future, while bringing life to a formerly closed-off, empty lot,” Adrian Benepe stated. “It is a testament to the spirit of the BMW Guggenheim Lab that it has left behind a better public space than it originally found, and the Parks Department, residents, and the City at large are grateful to the Guggenheim and BMW for their work. A permanent, tangible improvement is now added to the intellectual and social benefits the Lab gave the people of our city.”

The neighborhood volunteer group, First Street Green, celebrated the opening of the new East Village community space on December 10, with a free board game and visioning exercise to create ideas for programming in the park and a “wishing wall” to show the power of community groups. The space may be used for art installations and/or performances very soon.

The Lab’s plethora of programs encouraged community engagement to mine insight about today’s changing urban environments, including the need for the increased community activity and involvement to institute urban change; stronger personal relationships and social interaction within cities to help strengthen communal cohesion; increasing the reuse and revitalization of existing physical/organizational structures; and creating understanding of urban interactions via open-sourced data and models.

The Lab received a very positive response from New York, with many praising its ability to bring individuals together, inspire a sense of community, generate positive energy, provoke questions and the inclusion what people said, thus igniting dialogue with extensive residual after effects.

The Lab’s interactive Urbanology game, encouraging participants to examine key challenges and opportunities of city life, is still accessible on the BMW Guggenheim Lab website and continues to expand the dialogue beyond the usual suspects – architects, policy makers and planners while still empowering individuals and ordinary citizens to add their voice by taking part in the discussions.

From August 3 to October 16, the BMW Guggenheim Lab in New York attracted 56,000 visitors from 66 countries, and 400,000 users visited the website. The Lab also registered 45,000 Facebook likes and more than 40,000 YouTube views, with over 3,000 idea submissions for the Lab’s interactive logo. Urbanology has been played over 26,000 times at the Lab and online.

Designed by Tokyo-based architects Atelier Bow-Wow, the innovative mobile structure offered 58 talks, 48 workshops, 28 screenings, 24 special events, 21 excursions, and nine fieldwork sessions. Centered around the theme of “Confronting Comfort” the programming was developed by a New York Lab Team and the Guggenheim curators, intended to thoroughly engage the diversity of visitors to the Lab, thus generating data, information and ideas on how to improve city systems as well as social and environmental sustainability.

During its six-year run, concluding late in 2016, the BMW Guggenheim Lab will travel to nine cities in three successive cycles, each with its own distinct theme and architectural environment, to raise awareness of urban challenges and provide sustainable benefits in cities around the world. The next stop for the Lab is in Berlin from May 24 to July 29, next year, followed by Mumbai in late 2012.